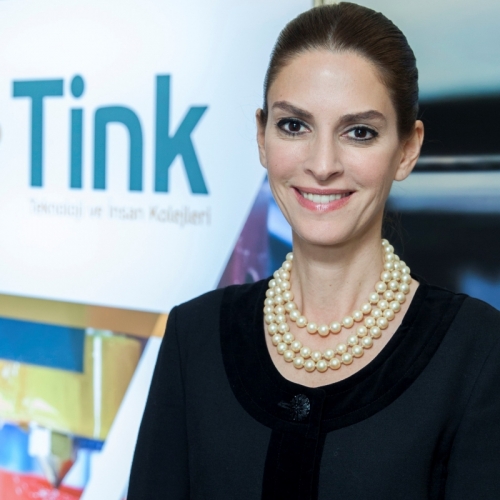 At the beginning of her career she worked in the merger and acquisition department of Dundas & Ünlü Securities in Istanbul.

After this job she was involved in risk analysis, research and regulatory compliance teams at Shell Trading and Shipping in London. After returning to Turkey, she worked as a financial analyst and procurement analyst in Shell Turkey.

In the second part of her career, she continued her duties in various institutions that supported the development of our country's economy. First, the Atlantic Council was the director of the Black Sea Energy and Economic Forum. She also prepared and presented the weekly "Leaders and Decisions" program on the political agenda of SKY Turk and CNBC-E channels. Later, she conducted the General Coordinator of the Turkish Policy Forum from think tanks. In addition to all of these, she was also the founder and CEO of GLOW Communications and APCO Turkey. Prior to that, DRUM passed the name social responsibility project.

She holds a master's degree in Development Economics from SOAS University in London and a degree in Engineering and Middle East Research from Princeton University.
Among the other social responsibility projects she has participated in are the Board of Directors of Endeavor which is from the founders of the Turkish British Chamber of Commerce, TÜBİSAD and Digit4Turkey.

In the course of her career, she studied the education models in different countries so that education can be adapted to today's conditions. Zeynep Dereli, has established Technologies and Human Colleges which focuses only on human and is built according to information obtained in light of the cultural needs and literate technology knowledge of the society in order to train Turkey’s future entrepreneurs.