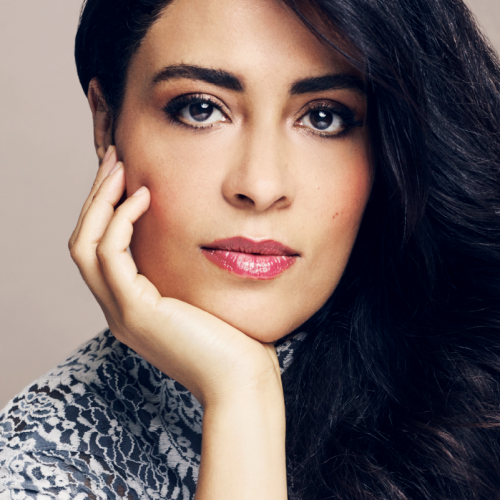 Yasmine Al Massri is an International Actress, and human rights advocate who lives between Los Angeles, Paris and Beirut.

She recently guest starred in Law and Order season's most acclaimed episode tackling the Harvey Weinstein scandal, she starred as twins FBI agents Nima and Reina Ameen who struggle in trying to be one person and fight terrorism in America in ABC's drama series ''Quantico'', Selima El Sharad, Blackbeard's love interest and intellectual equal as they rule an island of pirates, in NBC's drama series "Crossbones."

Before her great TV success in the U.S., Al Massri is well known in Europe and the Middle East as an international actress, contemporary artist and dancer. From a Palestinian father and an Egyptian mother, Al Massri was born and raised in Lebanon, then moved to Paris at the age of 20 to study. There she graduated from the prestigious L'Ecole des Beaux Arts de Paris in multimedia and live performances.

In 2010, Al Massri starred in Julian Schnabel's internationally acclaimed film "Miral" alongside Vanessa Redgrave, Hiam Abbass, Frieda Pinto and William Dafoe; after that, she appeared in the film "The Last Friday," which won the best film award at the Dubai International Film Festival 2011.

Al Massri's interdisciplinary career began in dance when in 2000 she joined the Thuraya Baghdadi`s Dance company in Paris. Inspired by great choreographers, she explored classical and innovative ways of performing Arab repertoire and opened herself to world folklore, Flamenco, Salsa and African dance. Shortly afterwards, she created her own personal style of performance and directed herself in numerous performance videos that have been seen in performance arts festivals around the world.

Al Massri's first big break as an actress was in the award-winning Lebanese film "Caramel," written and directed by Nadine Labaki. At the 2007 Cannes Film Festival, it generated great critical acclaim and went on to be the most successful Arab film to date. It also garnered Al Massri a best actress award with the film's ensemble of actresses at the Abu Dhabi International Film Festival, and later a nomination at the 2007 Asia Pacific Screen Awards.

In 2008, director Najwa al Najjar cast Al Massri in the lead role of her award-winning film "Pomegranates and Myrrh" alongside Hiam Abbass. The film opened at the Sundance Film Festival in 2009 and Al Massri went on to win the Youssef Chahine Best Actress Award for her performance at the Rabat International Film Festival.

Al Massri is a truly passionate, diverse and multi-talented artist, with a real gift for learning languages. Besides speaking perfect English, French, Arabic and Spanish, she learned an entirely new language for her role in "Ayrouwen," that of the Touareg or the Blue men, a language spoken only by the indigenous people of sub- Saharan Africa.