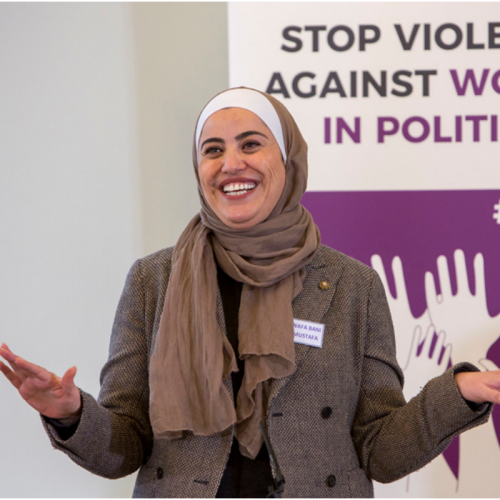 Member of Parliament, The Jordanian House of Representatives

Bani Mustafa served as an elected Member of Jordanian Parliament for three subsequent terms (2010- 2017), Bani Mustafa was the youngest elected MP in 2010, and won her second Parliamentary seat outside of the reserved woman’s quota seat.

Throughout her career, Bani Mustafa has launched and served on committees to propel women rights in Jordan and the broader Middle East. Aside from tackling women empowerment, Bani Mustafa has expanded to work regionally and globally on human rights issues in general and on the youth, human security, and the protection of women and children from exploitation in particular. For her work in advocating human rights, Bani Mustafa stands an example for women initiative in Jordan. Bani Mustafa (born 1979) holds a Bachelor’s Degree in Law and a Master’s.