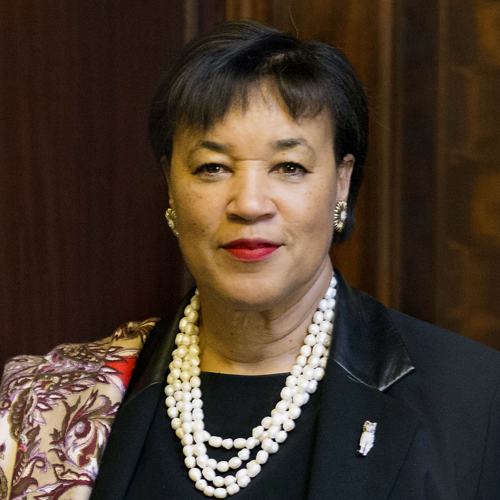 Born in Dominica, she moved to the UK at an early age and was brought up in a large close-knit Caribbean family where she was taught the importance of hard work, education, pride in her heritage and the obligation to give back to the region of her birth and to the society in which she was raised. This ethic has guided her throughout her dynamic career in law, public service and politics.

A lawyer by profession, she became the first black and youngest woman ever to be appointed Queen's Counsel. She is the only woman since the post was created in 1315 to be Attorney General for England and Wales.

Appointed to the House of Lords as Baroness Scotland of Asthal in 1997, she has been Alderman for Bishopsgate Ward in the City of London since 2015, and Chancellor of the University of Greenwich since 2014.