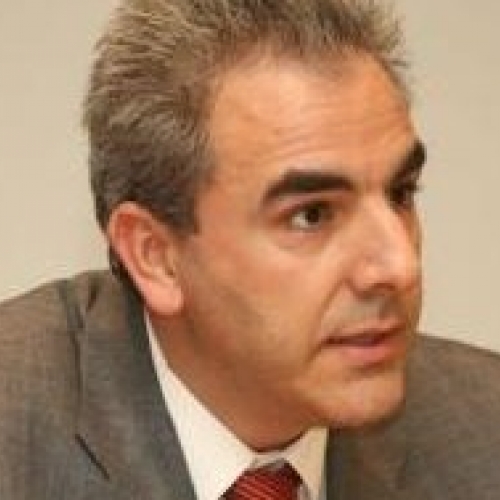 Thanos P. Dokos received his Ph.D. in International Relations from Cambridge University and has held research posts at the Hessische Stiftung Friedens und Konfliktforschung (1989-90) and the Center for Science and International Affairs (CSIA) at Harvard University (1990-91). He served as the Director for Research, Strategic Studies Division, Hellenic Ministry of National Defence (1996-98) and as an Advisor on NATO issues to the Ministry of Foreign Affairs (1998-1999).

He was a NATO research fellow for 1996-98. He is currently the Director-General of ELIAMEP. He has taught at the Universities of Athens and Piraeus, the Hellenic National Defense College, the Diplomatic Academy and the Hellenic National Security School. His research interests include global trends, international security, Greek-Turkish relations & Mediterranean security. Recent publications include: “The Eastern Mediterranean and the Gulf region in 2020”, German Marshall Fund, Brussels, 2011; “Energy developments and Greek foreign policy” (with Theodore Tsakiris), ELIAMEP Policy Papers, Athens, February 2012; “The difficult relationship between accounting and geopolitics”, Europe’s World, April, 2013, “Greece can still be a geopolitical asset for the EU’, Europe’s World, Summer 2013.