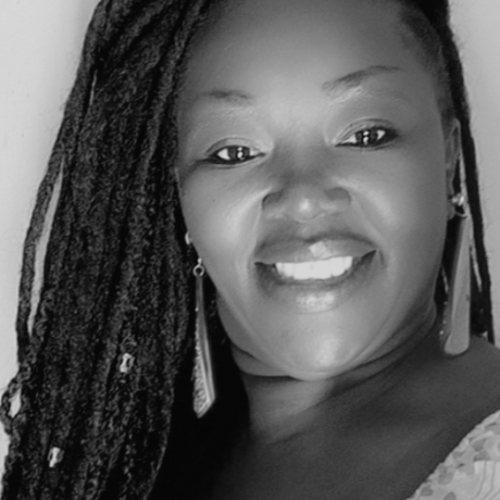 Terry is a transformational coach with a background in counselling, social work, trauma and healing, criminology, life coaching, youth leadership and mentorship programs.

Having been orphaned at an early age, Terry and her five siblings struggled to put food on the table. As a teenager, she was exposed to the threat of early marriage, sexual exploitation, drug trafficking and drug use and alcohol abuse. She was in and out of prison bailing out brothers: her, eldest brother had turned to sell drugs in order to look after the family. Due to that experience, and exposure, Teresia chose to mentor young people, who may have similar challenges, and backgrounds, so that they can make the right choices for their lives.

Her journey going through prisons, broke her heart, seeing that there was a need, not just to visit her brothers and offer them hope, but to also do something for others too. She has volunteered going into prisons for more than 12 years. That is where she met her current CEO, while still serving her sentence. When she finished serving, she also wanted to give back by serving those who are in prison. With her help and her fellow colleagues, they showed her and mentored her on how she can go about it. She started an organization called Clean Start, and reached out to Teresia to engage the women and come up with programs that can impact them positively. Together, they have impacted more than 500 beneficiaries, through different programs, like, training, coaching, mentoring and helping the women through the reintegration journey into the community and the society at large.

With 12 years of experience working in prisons with women, children and teens, Teresia’s passion is to see transformation in them, to reimagine their futures and reclaim their destinies.

Terry currently works at Clean Start in the children and girl’s department, as the program’s assistant. The department works for the children, and girls who are impacted by the criminal justice system. She has also trained prison officers and women who are accompanied by their children of ages 0-4 years, in responsive caregiving.