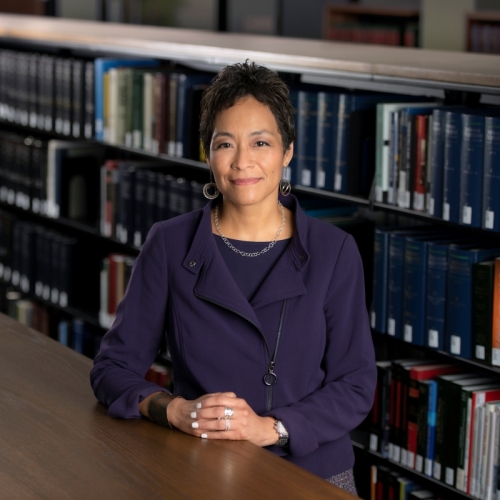 She received her AB from Harvard College and her JD from Yale Law School. Her interdisciplinary research uses lessons from cognitive and social psychology to study decision-making and judgment in a variety of contexts. Her scholarship has been published by law journals at Harvard, Yale, Cornell, Duke and Northwestern, among others. Richardson is a leading expert on the impact of implicit racial and gender biases in a variety of contexts, including emerging technologies, and is frequently invited to speak to law firms, private industry, judges, and bar associations across the nation on these issues.

Dean Richardson has won numerous awards and recognitions, including the American Association of Law School’s Derrick Bell Award; named one of the Top Women Lawyers in California by The Daily Journal; and chosen as one of the two most influential Korean Americans in Orange County.

Dean Richardson is a member of the American Law Institute. She is also on the Executive Committee of the AALS.