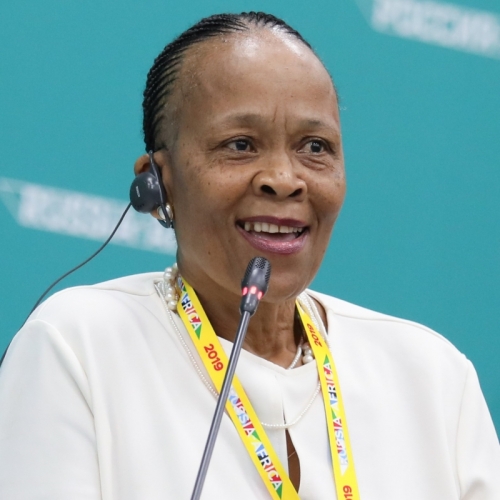 Madam Slauzy developed and started her business while in Botswana in the fashion and textile industry, then became a member of Junior Chamber of Commerce International (J.C.I) which is where she got the international exposure from her travels as an official.

When she moved back to South Africa after 1991, she held positions in J.C.I South Africa and became the first black President in 1998. Madam Slauzy has interests in the fashion, agriculture, ICT/Telecommunications industry and pursues other interests. She sits in the steering committee of UN RBC Women in Wealth.

She is J.C.I South Africa’s ambassador and senator amongst others. Madam Slauzy Mogami is an accomplished businesswoman and entrepreneur. She has founded companies such as Sanctum SA, ENQA and Iso Technologies and she sits as a board member in both public and private organizations.

Ms Mogami is currently working on a project called Leading Ladies of Africa which focuses on the encouragement of leading women and men in different areas of business and governments around the continent. She is passionate about unearthing new talent and is a mentor for young women.

Slauzy Mogami is currently the CEO of Leading Ladies of Africa and the World (Ladies Leading in the front line), which has interests in business investments as well as socio-economic development. As CEO she has signed an MOU on behalf of Ladies Leading in the Front Line and China Africa Industrial Forum, in November 2015. The company has also established a foundation to champion social responsibility. Madam Slauzy for the past few years has been the Chairperson of the BRICS Agribusiness South African working group. She is also very passionate about the mentorship of young men and women, and takes great pride in her work as a mentor, as her mentees have developed in different areas such as political, business and corporate space.

She is currently launching The LLOA Foundation in March, which is celebrated as a Human Rights month in South Africa under the following initiatives such as:

All this under the slogan: AS A HUMAN RACE COLOR, RELIGION and CULTURE DOES NOT DIVIDE US.