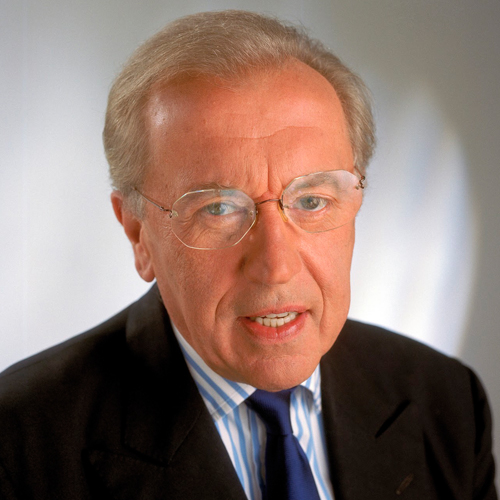 Sir David Paradine Frost was an English journalist, comedian, writer, media personality and television host. After graduating from Cambridge University, Frost rose to prominence in the UK when he was chosen to host the satirical programme That Was the Week That Was in 1962.

His success on this show led to work as a host on US television. He became known for his television interviews with senior political figures, among them The Nixon Interviews with former United States President Richard Nixon in 1977, which were adapted into a stage play and film. Frost was one of the “Famous Five” who were behind the launch of ITV breakfast station TV-am in 1983. For the BBC, he hosted the Sunday morning interview programme Breakfast with Frost from 1993 to 2005. He spent two decades as host of Through the Keyhole. From 2006 to 2012 he hosted the weekly programme Frost Over the World on Al Jazeera English and from 2012, the weekly programme The Frost Interview. The GTF Award for Sir David Frost will be received by his son George Frost.