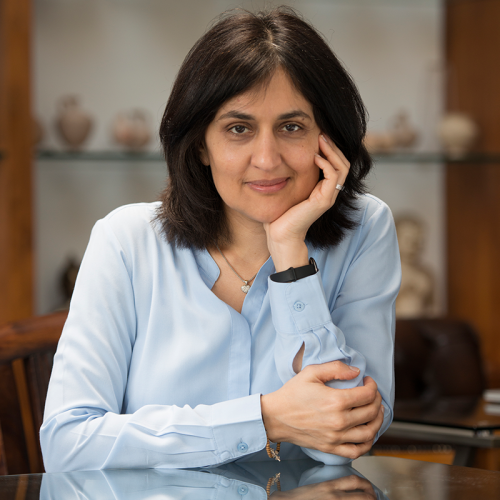 Writer and director Shamim Sarif is an award-winning novelist, screenwriter, and film director.

Her new book, The Athena Protocol, is an all-female contemporary action thriller that will be released by Harper Collins in October 2019 as the first in a Young Adult series. The book is currently being developed as a film franchise.

Shamim’smost recent feature as writer/director is Despite the Falling Snow, which released in the US in March 2017. The movie stars Rebecca Ferguson and Charles Dance and is based on her acclaimed second novel set in Cold War Moscow, published by St Martin’s Press and Hodder. The movie has garnered 13 awards to date.

Her first feature film as writer/director,‘I Can’t Think Straight’ won 11 awards and Shamim also wrote lyrics for two of the songs in the movie. Her follow up movie ‘The World Unseen’based on her award-winning book, debuted at the Toronto International Film Festival before garnering 23 awards internationally. Her third film, a documentary called ‘The House of Tomorrow’, was shot on location in Jerusalem.

Shamim’s next film project is Polarized; a contemporary love story between two women from very different sides of small town America. She is also adapting the screenplay for The Athena Protocol and working on a musical of I Can’t Think Straight.

An accomplished speaker, Shamim has spoken at TED events worldwide, at the INK Conference in India and DLD in Munich. Corporate speaking events have included Deloitte, Goldman Sachs, Citibank and Disney.

Apart from her awards for films and books, Shamim is the recipient of several other accolades including the Variety Catherine award in 2017.