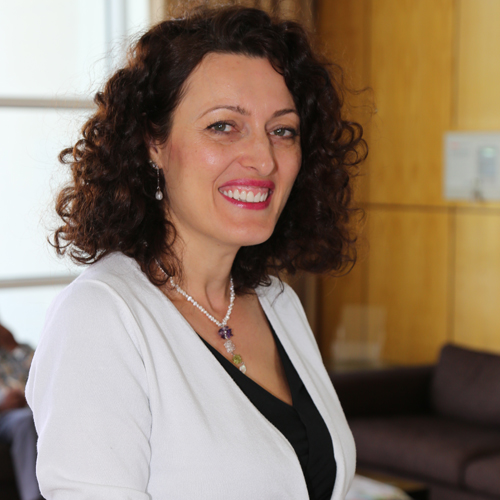 Throughout her career Ms. Tutundjian led the formulation and implementation of several complex and multi-sectoral programs that promoted a greener and more sustainable economy and culture. Programs that she led are used as benchmarks and examples for best practices. For example, the Water Efficiency and Public Information for Action project is used as a case study for international development by the Center for International Development at Harvard University and is presented in three marketing handbooks by Philip Kotler and Nancy Lee. The Community Based Initiatives program is also presented in Philip Kotler and Nancy Lee’s Social Marketing Handbook. The Instituting Water Demand Management project won the Global Water Intelligence distinction award in the Water Efficiency Project of 2010.

Prior to her current position, Ms. Tutundjian worked with USAID for more than a decade during which she was responsible for leading Jordan’s water demand management and behavioral change interventions in the water, environment and energy sectors.

Ms. Tutundjian is considered among the leading social marketing experts in the MENA region, and is a recipient of several awards including, the prestigious Superior Honor Award by the Government of the United States of America in 2012.