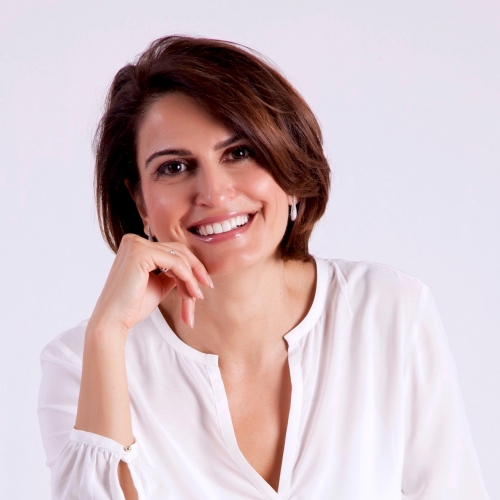 Author and Social & Cultural Intelligence coach, Rana Nejem started out her career as a broadcast journalist with Jordan Television. After working with CNN during the First Gulf War, she moved to the Royal Hashemite Court where she was responsible for His Majesty the late King Hussein’s International Media Department for 2 years.

Rana then moved into the field of communications and public relations leading the public diplomacy and communications work of the British Embassy in Amman for 18 years.

Rana founded her own company in 2013 – Yarnu – an Arabic word meaning to look towards, to aspire to with calm and serenity. Yarnu helps people to distinguish themselves by raising their social and cultural intelligence, enabling them to float with ease and confidence from one situation to the other. Rana has since been coaching, training and advising business executives, diplomats and officials helping them refine their professional profile, increase the impact of their personal presence and raise their inter-cultural intelligence.

Her first book “When in the Arab World: An Insider’s Guide to Living and Working with Arab Culture” was published in the UK May 2016. She is regularly invited to speak on the subject of cross-cultural communications.

Rana carries a Masters degree in International Communications and Negotiations from The Fletcher School of Law and Diplomacy, and is certified as an International etiquette consultant by the International Etiquette and Protocol Academy in London. Rana was also trained by The Protocol School of Washington in International Protocol Management, and is a trained coach in Inter-Cultural Intelligence.