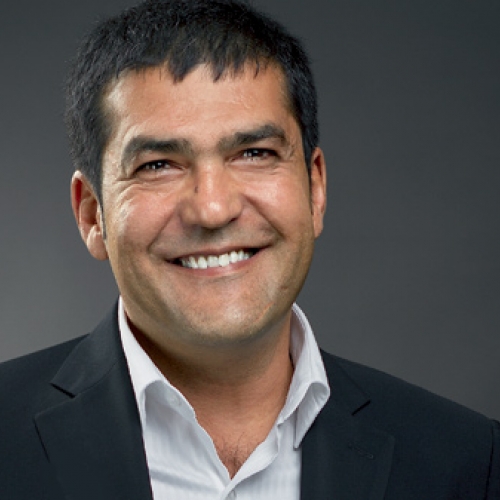 The Unit will comprise 26 diverse countries, with new additions, Russia, Belarus & Ukraine. He was previously appointed President, Central & Southern Europe Business Unit of The Coca-Cola Company on April 1st, 2011, a unit comprising 23 European countries. He recently led CSE to its first ever Woodruff Cup nomination for 2015 results. The BU achieved the highest ever share in Sparkling beverages. During his tenure, the BU has achieved substantial increases in Corporate Reputation and Employee Engagement. Nikos was appointed President, Coca-Cola, Ltd., based in Toronto, Canada on June 1, 2008. While in Canada, he successfully led the franchise in re-establishing business fundamentals and returning to growth. Under his leadership, Canada grew the Coca-Cola Trademark for the first time in seven years, and a new culture of winning was instilled – resulting in the Business Unit’s first-ever Woodruff Cup qualification in 2009 and again in 2010.
Nikos moved to Canada after leading The Coca-Cola Company’s Adriatic and Balkans Business Unit, based in Bucharest, Romania from 2003-2008. He developed the business in nine diverse countries, including Bulgaria, Romania, Serbia and Croatia. Company brands led all ready-to-drink categories in the territory; volume, revenue, profits doubled in 5 years.
Nikos joined The Coca-Cola Company in 2001, as Southeast Mediterranean Region General Manager with responsibilities for Greece and Cyprus, where he achieved the highest volume and share, and created the first ever Zero product globally – Sprite Zero. Prior to joining the Company, he served in marketing roles with Kraft Jacobs Suchard; sales and distribution roles with a large Greek distribution company, Elgeka; and commercial and logistics functions for Papastratos S. A. / Phillip Morris, the biggest tobacco company in Greece. In December 2015, he undertook additional responsibilities as Global Chairman for Franchise Leadership (Coca-Cola University) with the goal of developing global talent & succession of General Managers/BU Presidents. He is a board member of Canada Goose and is a Trustee on the Board of the American College of Greece. He co-founded Regeneration with the Global Shapers (Athens hub), to address youth unemployment in Greece by creating the largest internship program for talented graduates. From 1989-2000, he taught part-time International Marketing & Sales Management at The American College of Greece and from 1992-2000, Principles of Marketing at Panteion University. He has shared his experience and perspectives on Leadership in a series of lectures to Harvard Graduates. Nikos holds a Master of Science degree in International Marketing from Strathclyde Business School, and a B.Sc. in Business Administration from the American College of Greece. He is a Greek-Cypriot, born in Sudan and raised in Greece. He is married to Sarita Chaim and they have 2 children, Petros (15) & Felicia (13). He is an avid skier and sailor.