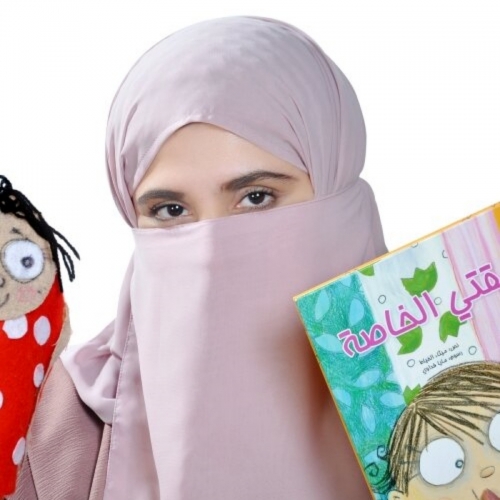 Maitha Al Khayat is a new breed of superheroes. A mother of five, an author and an illustrator, who roams inside and outside the UAE spreading her passion for books.

Maitha is a Board Member at the UAE Board of Books for Young People-ibby, and an ambassador of the Emirates Literature Festival. In less than 10 years, Al Khayat has published more than 160 books; some translated into English and Turkish, and used in curriculums at schools around the country.

Her popular book “My Own Special Way” received an award for best book in the Children’s Forum, Riyadh (2011), and nominated for best translated book at the Marsh Awards, UK (2013). Maitha’s picture book “Turn Off the Lights” was also awarded for best picture book at the Publisher’s Forum, Sharjah (2016). Maitha writes for children’s TV shows, including the newly relaunched Arabic version of Sesame and the Emirati cartoon series “Hamdoon”. Recently she has published her first Young Adult novel “Tofan”.