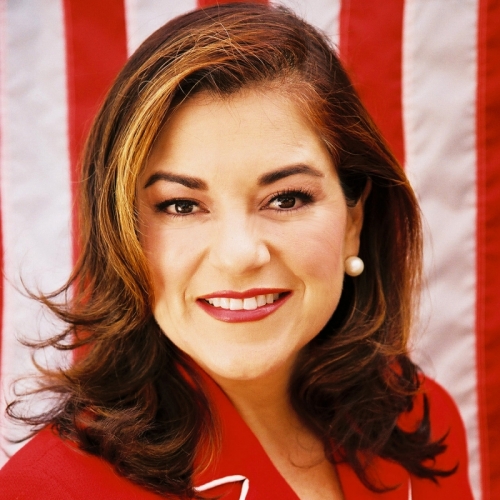 Congresswoman Loretta Sanchez represented Orange County, CA from 1997 to 2017 in the US House of Representatives where she served on the Armed Services, Homeland Security, Joint Economic, and Education and Workforce Committees. Ms. Sanchez was Harvard University Advanced Leadership Fellow 2018, working on the housing crisis in Orange County, California.

As a recognized leader on military and national security issues, she was an original cosponsor of the nation’s largest education bill since WWII, The Post 911 Veterans Educational Act of 2008. This law pays for tuition, books, and housing for veterans and their dependents attending university studies. Ms. Sanchez was on the forefront of implementing this law throughout the US, including starting Veterans Centers at universities in her area to help and retain enrolled veterans and their dependents.

Ms. Sanchez has directed billions of dollars annually from the Federal Defense Budget to fund basic research at universities, including funding graduate student research. This has enabled UCI to start the Beckman Institute and the Mind Institute.

Ms. Sanchez was the author of the increase in Pell Grants at the federal level as well as the author of legislation to restore Pell grants to year round use. She was one of the leaders in the Congress to fight to subsidize student loans.

Congresswoman Sanchez is a graduate of Chapman University and American University’s MBA program. Prior to serving in Congress, she worked in the financial markets, with firms including Booz Allen Hamilton and Fieldman Rolapp. Ms. Sanchez has served (or is serving) on the directing boards of Chapman University, Westpoint, and The US Air Force Academy.

Ms. Sanchez has lived all her life in Orange County and her family is the only family to send two daughters to the US Congress.