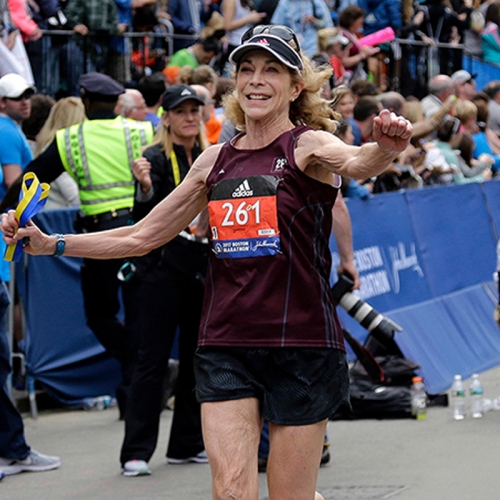 Kathrine Switzer, long one of running’s most iconic figures, is known not just for breaking barriers but also for creating positive global social change.

In 1967, she became the first woman to run the Boston Marathon as a numbered entrant.

During her run, race official Jock Semple attempted to stop Switzer and grab her official bib; however, he was shoved to the ground by Switzer's boyfriend, Thomas Miller, who was running with her, and she completed the race.

It was not until 1972 that women were allowed to run the Boston Marathon officially.