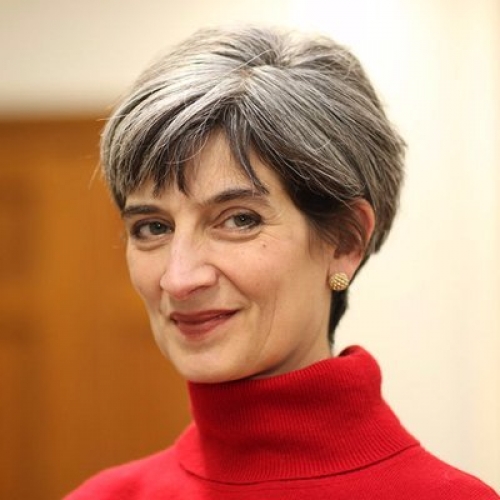 HE Ms Kate Smith CMG has been Her Majesty’s Ambassador to the Hellenic Republic since January 2017.

She joined the Foreign and Commonwealth Office in 1987, and took up her first diplomatic post overseas in Athens in 1991, serving as Second Secretary Political and Press Attaché. She returned to London in 1994 to the Non-Proliferation Department of the FCO, focusing on Chemical and Biological Weapons. Later she served at the UN in New York at the Security Council and in a number of roles in London relating to Defence and Security issues, including in the aftermath of the 2003 war in Iraq.
Ms Smith became Deputy Head of Mission at the British Embassy in Tehran from 2005– 2007 and was appointed a Companion of the Order of St Michael and St George (CMG) in HM The Queen’s New Year’s Honours for 2008.
On return from Tehran, she was seconded to Royal Dutch Shell as an international adviser from 2008, subsequently joining the company as Head of UK Governmental Relations from 2009 until 2012. On returning to the FCO in 2012 she served as Director
Americas until 2016.
Ms Smith grew up in Croydon, South London and was educated at Oxford University, graduating in Philosophy, Politics and Economics in 1986.