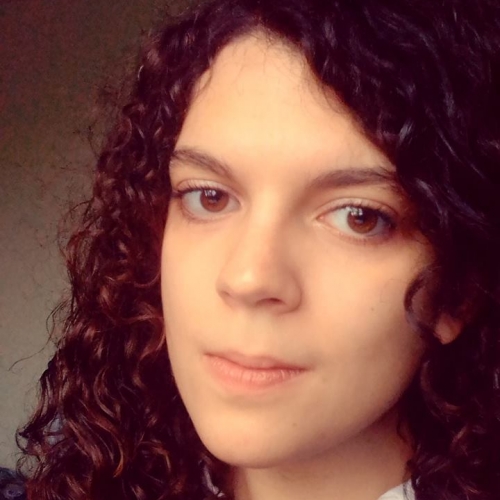 Justine Mazonier is 23 years old. She was born in Vichy, France. During her school years, she learned saxophone and participated in different big bands. At 18 years old, she moved to Grenoble, France, where she graduated from the Faculty of Law and the Faculty of Languages holding two degrees with honours in Law, Administration and International policy and languages (English, Arabic and Russian).

During this training, she worked also for the Cold War History Research Center in Budapest where she worked as a researcher and translator.

She participated then in an exchange program between the Faculty of Law in Grenoble and the Peoples’ Friendship University of Russia in Moscow where she obtained a Master’s degree with honours in International Protection of Human Rights.

Justine is currently pursuing her studies at the Saint Petersburg State University of Russia where she is following a Master’s degree in Strategic and arms control studies. She wants to become an analyst in strategy and to foster the nuclear disarmament. She is recently committing with the activities of the Pugwash Center in Russia.