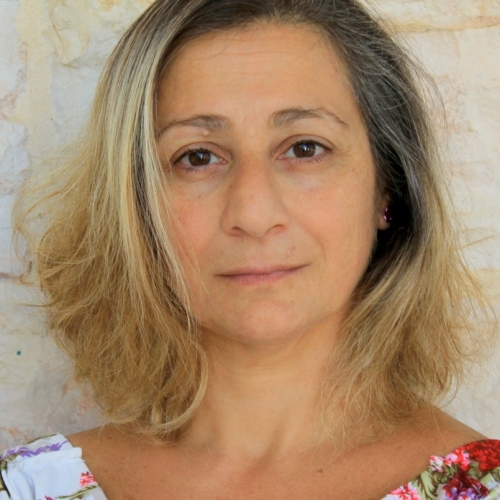 Actor, director and dramaturg. She has an extensive record on stage, on screen, and behind the scenes.

She was a member of the world-renowned El-Hakawati theatre, from Jerusalem, in the 1980s.  In 1991 Iman co-founded ASHTAR for Theatre Productions and Training in Jerusalem and has been instrumental in directing and devising several productions for the company. An internationally recognized theatre trainer who specializes in the Theatre of the Oppressed techniques, Iman is also initiator of the project 100 artists for Palestine in 2003. In 2010, Iman developed The Gaza Mono-Logues, a documentary theatre performance based on the personal stories of a group of children from Gaza that was distributed to partner agencies and theatre companies around the globe and performed simultaneously on 17 October 2010 by over 1500 youth in more than 50 cities in 36 countries. Iman produced and performed in ASHTAR Theatre’s production of Richard II that toured to Shakespeare’s Globe Theatre as part of the Globe to Globe Festival 2012.  She was also the initiator of the international call "The Syrian Monologues" based on the stories of Syrian Refugees 2015-2016. She has been coordinating the “One Billion Rising”in Palestine between 2014 – 2016, a global call to end violence against women and girls initiated by V-Day. Iman continues to lead ASHTAR theatre and work regularly in difficult social and political contexts. She is a board member of the Palestinian Performing Arts Network and other Palestinian Art Organizations