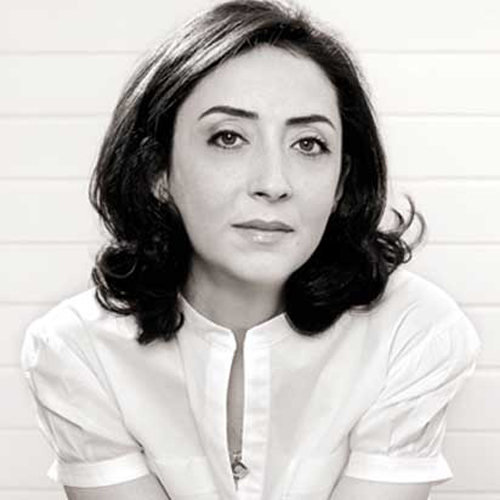 Her Royal Highness Princess Rym Ali founded in 2007 the Jordan Media Institute (JMI), a non-profit institution whose aim is to establish an Arab center of excellence for journalism education with a Master’s program at its core and training modules (www.jmi.edu.jo/en).

She has also been member of the Board of Commissioners of the Royal Film Commission – Jordan since July 2005 (www.film.jo/en).

Prior to marrying HRH Prince Ali Bin Al Hussein, Princess Rym worked extensively for international broadcasters including CNN, where she began as a producer in 1998 and later worked as a Baghdad correspondent from 2001 until 2004. She had developed her portfolio working for the BBC, Dubai TV, Bloomberg TV, Radio Monte-Carlo Moyen-Orient and United Press International-UPI.

A graduate of Columbia University’s School of Journalism, Princess Rym Ali also holds a MPhil in Political Science from the Institut d’Etudes Politiques in Paris and a MA in English Literature from the Sorbonne.

Princess Rym Ali received a prestigious Alumni Award from the Columbia University School of Journalism in April 2011. In July 2011, she has also been awarded the “Best International Journalist” prize at the 32nd Ischia International Journalism Awards Ceremony, one of the most renowned journalistic awards in Italy. In September 2011, Princess Rym Ali was decorated with French Knight of the Legion of Honor by French Ambassador to Jordan.