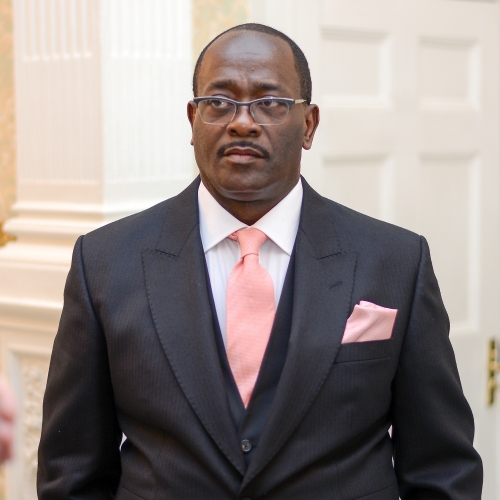 High Commissioner of Kenya to the United Kingdom

Born in a rural area of Kenya, Mr Esipisu loved telling stories as a child, a passion that inevitably led him down the path of journalism.

His desire to “tell tales of human triumph and bringto the fore stories of social injustice and human suffering” led the High Commissioner to study Literature and Political Science at the University of Nairobi, followed by a graduate journalism programme.

Starting his professional journey at Thomson Reuters, Mr Esipisu spent over a decade meeting and interviewing people from all walks of life, ranging from world leaders and business executives, to showbiz stars and ordinary people. The High Commissioner revealed how he also “met calamity, atrocity and sadness covering the Somalia meltdown in the early 1990s, and several other wars, including the genocide against the Tutsi in Rwanda.

These events had a significant impact and put me firmly on the path to diplomacy.”From Reuters, Mr Esipisu became Spokespersonfor the Commonwealth Secretariat, bolstering his interaction with leaders and global issues of the day. Responsible for media arrangements for Commonwealth Heads of Government.