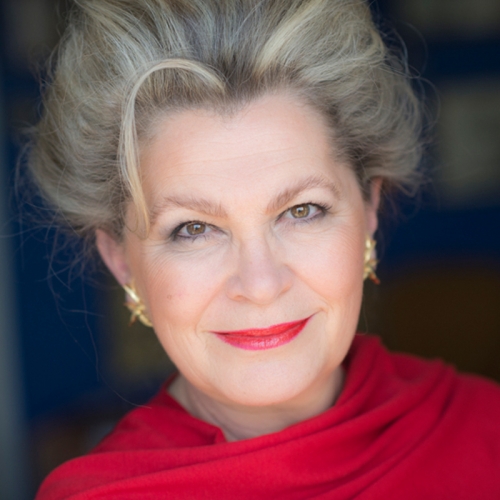 From 2009 to 2014, Ms. Bogyay served as her country’s Ambassador and Permanent Delegate to the United Nations Educational, Scientific and Cultural Organization (UNESCO) and from 2011 to 2013 as President of UNESCO’s General Conference. From 2006 to 2009, she was Hungary’s State Secretary for International Affairs for Education and Culture, and from 1999 to 2006, Founding Director of the Hungarian Cultural Centre in London.

Prior to entering government, Ms. Bogyay had a distinguished career as an international television broadcaster, film producer and writer.
She is a fellow of the Royal Society of Arts in the United Kingdom and the World Academy of Art and Science in the United States. She is also an international advisor to iASK- Institute of Advanced Studies (Kőszeg, Hungary), to the Institute of Cultural Diplomacy (Berlin, Germany) as well as President of its Cultural Diplomacy and Arts programme of ICD, and steering committee member of World Science Forum.
The author of several books and publications, she is also a guest lecturer and speaker at universities and international conferences.
Ambassador Bogyay is a recipient of several high honors, including the Commander’s Cross of the Order of Merit of Hungary for her services to Hungarian and international culture and innovative work in cultural diplomacy (2014) and the Tree of Peace of UNESCO for her leadership in political, intercultural and interfaith dialogue (2014.
In September 2018 she was elected by acclamation as President of the International Association of Permanent Representatives to the United Nations (IAPR).
During her years at the UN, Ambassador Bogyay received the “Women of Distinction 2017 – Global Leadership Award in Social Justice/Development” by the Celebrating Women International in 2017.
She also received the Meaningful World Peace Award and the “Spirit of the UN – 2017” Award of the NGO Committee on Spirituality, Values and Global Concern on the occasion of the United Nations Day in 2017.
Ambassador Bogyay was given a special recognition by NGOCSW-NY for her contribution as a woman leader in the UN, and received the Global Citizenship Award from the James Jay Dudley Luce Foundation for embodying the characteristics of honor, intelligence, benevolence, and integrity in 2016.