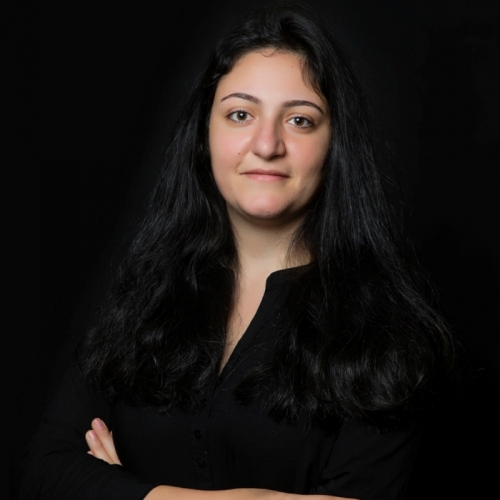 Hayat Mirshad is a feminist and human rights activist, researcher, trainer, and journalist. She is the Co-founder and Co-director at FE-MALE, a non-profit feminist collective, and the Head of communications and campaigning at the Lebanese Women Democratic Gathering- RDFL.

Hayat has more than ten years of experience in coordinating and leading various projects and campaigns about gender equality and women’s rights. She worked and contributed as a writer, reporter, content producer and guest producer for a number of media outlets including Aljadeed TV, OTV, Al- Akhbar newspaper, Annahar newspaper, and Al Nidaa magazine. Hayat initiated and was the anchor and producer of the first feminist radio program in Lebanon “Sharika WaLaken” (A Partner Not Yet Equal). The program was broadcasted on Sawt El Chaab Lebanese radio station and was transferred in 2015 into an online platform where she remains its co-web and content manager. Mirshad holds a Gender in Development and Humanitarian Assistance (GDHA) Diploma from the Lebanese American University- Beirut and BA in English literature from the Lebanese University.