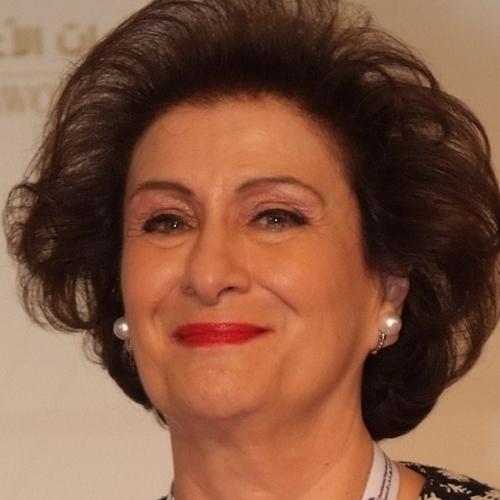 Haifa Fahoum Al Kaylani is the Founder Chairman of the Arab International Women’s Forum, and is well known in international government and business circles as a high-impact change agent focusing on leadership in cultural and gender issues.

A development economist and graduate of the American University of Beirut and Oxford University, she brings a wealth of experience to her personal mission of encouraging greater cultural understanding between Arab and international communities, supporting a strong role for women in that process.

Haifa holds Board and Advisory Board Member roles in several cultural, commercial and educational  organisations, including Harvard Women's Leadership Board at Harvard Kennedy School; The Middle East Institute, SOAS University of London; The Institute for Women’s Studies in the Arab World, Lebanese American University; The EastWest Institute; and The Arab-British Chamber of Commerce, London. She also serves on The Commission on Global Security, Justice & Governance, and became the first Honorary Member of the Euro Mediterranean Association for Cooperation and Development in 2012.

In January 2017, Haifa was invited to become a Fellow of the Advanced Leadership Initiative at Harvard University to join 45 global leaders for an intensive, multi-disciplinary year long Fellowship to address significant social problems. In July 2017, she was featured in Forbes Middle East’s LeaderBoard: Standing Out list of High Achievers, and in August 2017, Haifa was invited as the only Commissioner from the Arab world to join the ILO Global Commission on the Future of Work to realise the vision of a peaceful, prosperous working world.