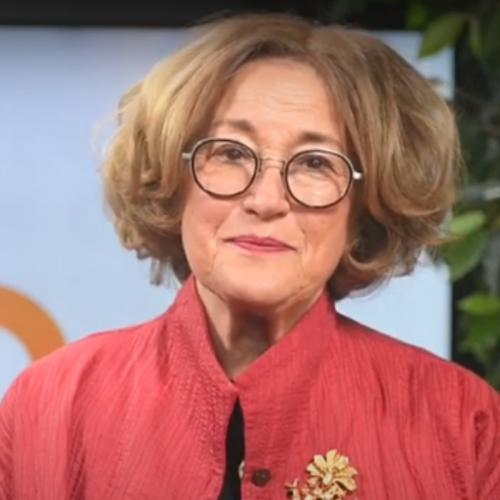 For more than four decades Geraldine Sharpe-Newton has been in the business of communicating, whether through her professional expertise in Public Relations or through Journalism. She understands that the process of how you communicate is vital. To be heard, to be listened to, and to build understanding is where she excels.

She advises a variety of senior clients on presentation techniques, and is a mentor to younger clients. She likes to describe herself as a 'problem solver.'  As a journalist, TV producer and PR executive,  Sharpe-Newton has scaled the heights of broadcasting on both sides of the Atlantic.

She has been head of communications for CBS News in New York City, ITN and Turner Broadcasting International in London. After working at Burson Marsteller in New York, she handled the PR launch of The Economist in the U.S. Her love of books led to a stint as a Vice-President at publishers Simon & Schuster, in charge of all book publicity across all divisions.

During her time at CBS News, in NY, as Head of their PR operation, she was notably part of the team that engineered the delicate 'anchorman' handover from Walter Cronkite to Dan Rather.

In London, in 1983, she ran ITN’s communications and PR operation, working closely with her third great anchorman, Sir Alastair Burnet. With her background in the media Sharpe-Newton later went on to be part of the Directorate of the Worldwide Fund for Nature (WWF), as their Communications Director.

She also spent time at Turner Broadcasting in London as a Senior Vice President in charge of all international press relations outside of the Americas for all Turner products and programming. with special focus on CNN International.

In 1998 she launched SharpeConnections and has been a Director/Owner of two boutique consultancies 'First Take' and 'SharpeMcKenna' with all business focused on media strategy, reputation management and training.

For several years Geraldine was the longtime President of The Media Society, and former UK chair of the International Women's Forum, and now is a specialist business Mentor for The Prince's Trust; a founding member  of the Advisory Board of Global Thinkers Forum; on the Board of Editorial Intelligence and was the Chairman of Ei’s Comment Awards in 2017. She is deeply involved in ‘mentoring’ and has conducted media training for the Clore Leadership programme.

As an advocate of volunteerism and mentoring she has been involved with 'The Complete Freedom of Truth', an organisation that is focused on bringing young people from across Europe and Africa together, to explore the act of unity through the arts. Serving as a trustee of Theatre 503, known as the home of new writing and The Student View dedicated to bringing Newsrooms into UK schools. Sharpe-Newton has been appointed as an ‘Elder’ for 'The Centre for Synchronous Leadership'.

Since 2012 when Sharpe-Newton became an independent consultant her commitment and focus has been to mentor across all generations, through listening,  advising, guiding and helping people tell their stories and live their dreams.

Known for her extensive networks she is a consummate connector of people and is an active international mentor for 'Global Thinkers Forum'.  Having travelled widely she is now working on her memoir.