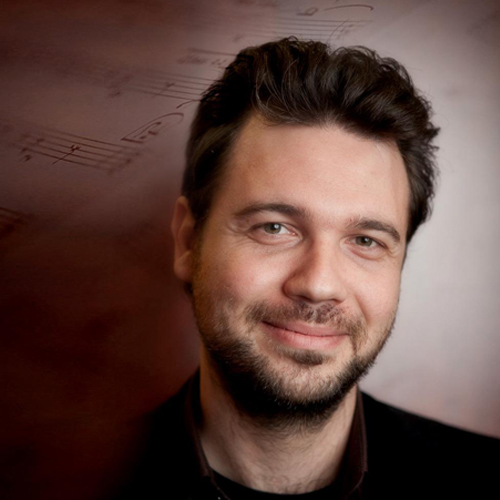 He was born in Athens in 1978, where he studied Graphic Arts and Multimedia Design (B.Sc.). His collaboration with international entertainment production companies, led him to deal with various multimedia projects, big multimedia shows, installations and other corporate or artistic events all over the world.

His portfolio as a Creative Director and Music Supervisor includes the Coca-Cola and Samsung official shows that were produced for the Olympic Games of 2004 in Athens; also he has worked as an Event Director in several concerts, like “Ode to Alexander the Great” with the Symphonic Orchestra of Cairo in the Pyramids of Giza, among other concerts of famous film music composers. In 2010 he founded OTICONS, a talent agency that represents internationally film music composers, music supervisors and arrangers from all over the world. The agency currently represents twenty-four (24) composers of fifteen (15) different nationalities. Among them are the Oscar-winners Jan A.P. Kaczmarek and Rachel Portman and the internationally awarded and acclaimed composers like Shigeru Umebayashi and Atli Örvarrson. He is now working as an agent and manager of film composers, as a Film Music consultant and guest lecturer in Int’l Film Festivals and as a film producer. His presentations on Film Music were held in Hawaii Int’l Film Festival, Mannheim-Heidelberg Int’l Film Festival, Soundtrack Cologne, Istanbul Technical University, Espinho FilmFest, Film Sound Hamburg etc.. George Christopoulos is also a member of the prestigious World Soundtrack Academy.