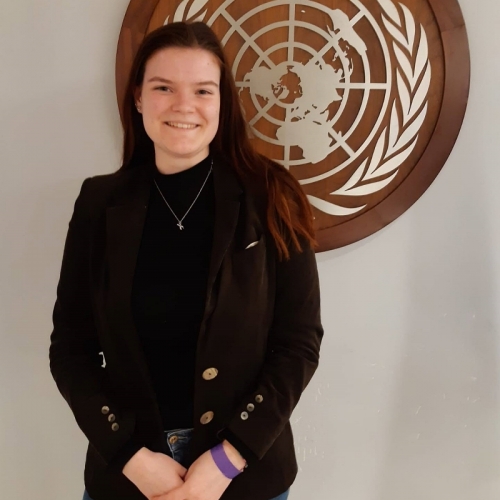 Eveline is a Dutch girl who grew up in Switzerland. When she was 13, her family moved to Munich (Germany) and lived there for a year. After that, they went back to the Netherlands where she finished high school.

After high school, Eveline decided that she wanted to work in the public health sector and started her bachelor’s degree in Health Sciences at the Technical University in Munich. There, she quickly became the class representative and took over the presidency of two University groups. One was Studieren Ohne Grenzen (Studying without borders), which focuses on improving the education in crisis regions in the country itself. She did this for a year.

At the same time, she took over the presidency of the Amnesty International Student Group Munich. Eveline is leading this amazing group of students and is volunteering for an amazing organization. Apart from the two students’ groups, she works as a health policy advisor for the Bayrische Landtag (Government in Bavaria) and she is active as a chair in the European Youth Parliament.