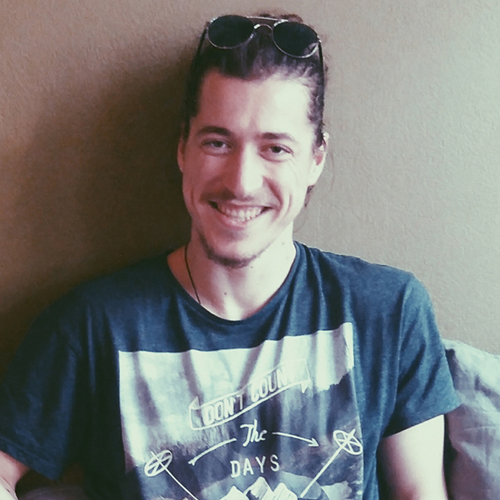 Evangelos Chrysochoou is 23 years old. His current major is in economics, a field that he finds very interesting and which he is hoping to use as a basis for his future professional career path; hence the three internships he has had relative to the area.

Alongside his studies, Evangelos is a member of an editorial team that runs a website featuring a variety of columns; his contribution relies on articles relative to themes such as psychology, creativity and marketing. Last semester he also enrolled as a volunteer at the local committee of a global non-for-profit student organisation where he informs and advises young individuals to travel abroad and participate in volunteer activities and gain cross-cultural experiences.
In his leisure time, he likes reading books, watching movies and documentaries as well as going to the theatre. He likes visiting museums, art galleries and quiet parks for casual walks. Although occasionally he considers himself an introvert, oftentimes he has a keen desire to socialize with friends and make contact with different people, getting to know them profoundly. He relishes having engaging conversations with people who are passionate, driven and vivid while at the same time he takes great pleasure in writing.
Whereas in the past Evangelos felt stuck in his comfort zone he is glad to declare that lately he is feeling overwhelmed by a sense of curiosity and mobilization about things that trigger his mind, his imagination and his disposition. He loves travelling and the whole idea of going somewhere new, generally trying something that is out of his usual routine; He feels more alive that way.