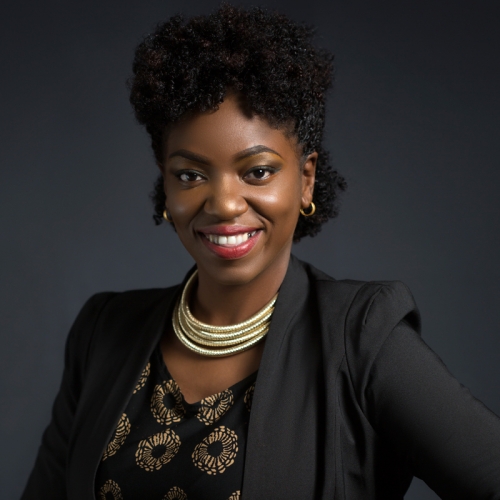 Worked at Coca-‐Cola Kwanza Tanzania as a HR officer/ manager for two years in 2003-‐2005. Then 2004 founded her own company-‐ Relim Entertainment Ltd-‐ and started publishing a premier lifestyle magazine called Bang! Magazine and was circulated in East African countries up to 2015 when stopped and started a HR firm. Emelda’s expertise is on PR, Communication and marketing alongside with Human Resources Management.
Currently is working on her book” A path to success” and she is passionate to mentor and inspire young women. Emelda is an alumna of Fortune, a US State Department mentoring partnership 2009. Emelda is also an alumna of Global Aspen Leadership Forum and is a member of Africa Leadership Initiative 2012. She has been nominated for the 2012 TIAW world of difference Award in Washington DC.
She has received an award for Africa Most Influential Woman in Business and Government 2014 and has been mentored by Anne Moore, CEO of Time Inc. Emelda is also a flag bearer of Vital Voices, an American NGO that deals with women issues and she has been one of the Fortune Most powerful people in 2010. Emelda also started a foundation called Dare to Dream-‐ a women economic empowerment foundation, that trains and mentor women with aspirations to become entrepreneurs.