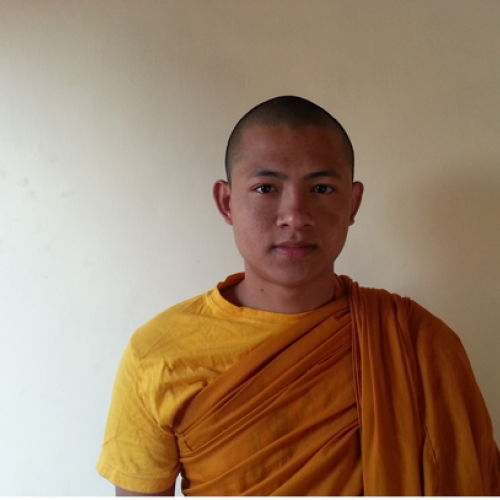 Ekeyenu Marma is 20 years old. He is a Buddhist monk from HCT (Chittagong Hill Tracts) of Bangladesh. He inhabited in Srilanka since 2014 and is studying at the University of Kelaniya. Currently he is in his 2nd year in the field of arts Pali and Buddhist studies with the purpose of becoming a good and kind Buddhist monk.

He selected this life because it's a very simple life and very harmless to the society. From an early age, he observed that the Bangladeshi society is chaotic, with bloodshed occurring between minority and majority groups of people, as there are at least 12 different ethnic groups of people and the majority is the main leading group (Muslims). He thinks the bloodshed is happening because of the lack of understanding among people. By being a clergy, he wants to take a step in this war, to stop it through the valuable gift of kindness and to spread diversity, inclusion and understanding all over the world.