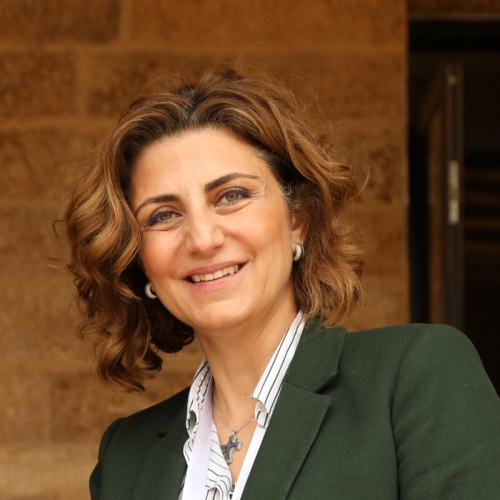 Dr. Salma Nims was appointed Secretary-General of the Jordanian National Commission for Women in 2014. She works to further its mission to transform the national development agenda to ensure the full and equal participation of men and women in the development process, as means to achieving development as well as gender equality in Jordan.

She has 19 years’ experience in the areas of Gender and development and has been an activist for Women Rights since the early 1990s.

Dr. Nims holds a PhD. in Development Planning (2004) and a MSc. in Sustainable Development (1998) from University College London, University of London. Since 2004, she provided professional development and gender consultancy services to several government and international organisations. Those included: the Ministry of Planning and International Cooperation, Ministry of Social Development, Ministry of Education, UNDP, UNWomen, UNFPA, UNICEF and CIDA. She was previously the Executive Director of “Taqaddam” Platform, a social movement aiming at building a positive discourse towards reform and change in Jordan.

Dr. Nims is a member of the Advisory Group to the High-Level Task Force on Financing for Gender Equality for the United Nations. She sits on the Inter-Ministerial Committee for Women Empowerment and co-chairs the “National Committee on Pay Equity” with the SG of the Ministry of Labour and the “Gender Partners Coordination Group” with the EU Ambassador to Jordan and UN Women Country Representative in Jordan. Dr Nimsserves on the boards of the Higher Population Council, Taqaddam Platform, Center for Protection of Freedom of Journalists and Arab Renaissance for Democracy and Development (ARDD) as well as several national strategic planning steering and technical committees. She is active on social media, raising issues relating to social equity and human rights, with specific reference to women rights.