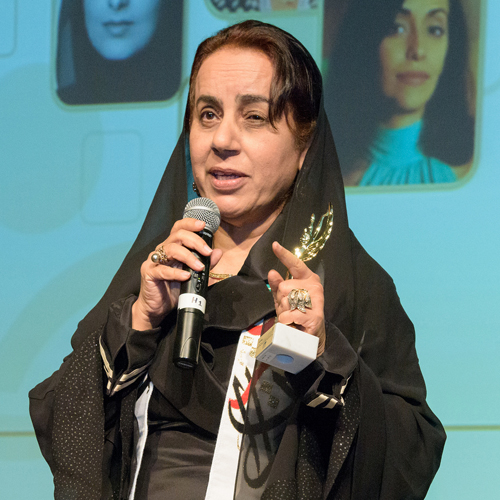 Prof. Rafia Obaid Ghubash is the founder of Women’s Museum UAE. She was the President of Arabian Gulf University,( 2001 – 2009 ) a GCC sponsored Regional institution based in the Kingdom of Bahrain.

She assumed this office in 2001 when she was the Dean of Faculty of Medicine and Health Sciences at the UAE University. She is a Full Professor of Psychiatry and Consultant Psychiatrist, currently she is the President of the Arab Network for Women in Science and Technology ( 2005 till present ). The career of Professor Rafia Obaid Ghubash) has to be seen in the light of both the society she was born in and the society she is helping develop. With a strong sense of history and an equally strong sense of values, she returned home with a PhD in epidemiological psychiatry from London University, to start her academic career as an Assistant Professor of Psychiatry, in the newly established School of Medicine of the UAE University in Al Ain. Professor Ghubash’s place as a role model and a leader in the empowerment of women in this society speaks for itself. The awards and honors that she has received are too numerous to enumerate, suffice to say that whether as President of the Arab Network for Women in Science and Technology or as member of any number of international think tanks, this Professor of Psychiatry is sure to speak her mind.