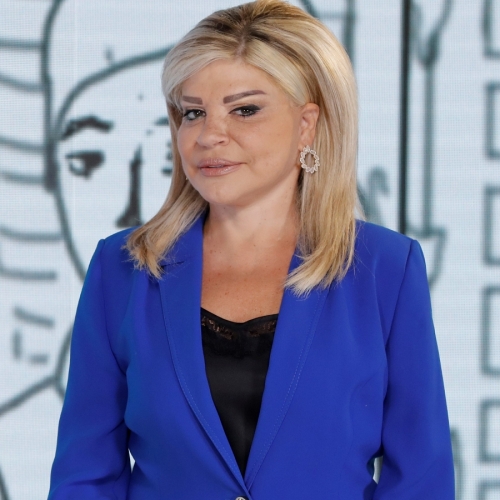 May Chidiac is a Lebanese veteran TV anchor and political talk show host with a career spanning almost 30 years.

Chidiac has always been a tenacious defender of media freedom and liberty, from when she began as a radio journalist to the day that she was almost assassinated on September 25, 2005, for being a staunch critic of the Syrian regime occupation of Lebanon. She lost her left arm and leg because of the attack on her life.

Her passion for freedom of speech, media, and liberty led her to overcome more than 40 surgeries and return to work as a broadcast journalist from 2006 till 2009. It was around that time that she also realized that the world was changing, with social media and technology transforming the entire media landscape, and spurring movements on the one hand while angering reactionary forces on the other.

This reality led her to establish her own foundation to address to uphold values of freedom and democracy, train aspiring journalists in one of the most indispensable professions in the world, and monitor traditional and digital media freedom in the country and region. In parallel, Chidiac published an award-winning book: “Le Ciel M’attendra”, to be followed later on by another prized book “La Télévision Mise à Nu”. Chidiac obtained her PhD in “Sciences de L’Information et de la Communication” with high distinction from Université Panthéon -Paris II Assas. She is a Professor of Radio/ TV at Notre Dame University-Louaize. May Chidiac became the Minister of State for Administrative Reform in the 2019 cabinet headed by Prime Minister Saad Hariri.

May Chidiac is the recipient of numerous international awards and medals. In October 2006, she was awarded the IWMF (International Women Media Foundation) “Courage in Journalism Award” in the USA. In May 2007, the former President of France Jacque Chirac decorated her with the “Chevalier de L’ordre de la Légion D’Honneur” medal at Elysee Palais in Paris. In 2011, Chidiac was named a Press Freedom Hero by the International Press Institute in Vienna. In 2015, she received the “UNESCO Guillermo Cano World Press Freedom Award.”In 2017, she was the recipient of the “Minerva Anna Maria Mammoliti of Human Rights and Civil Rights Award" presented in Rome. That same year, Chidiac was also decorated by the Maronite Patriarch Cardinal Bechara Rai in Bkerke with the Medal of “Dame de L’ordre de Saint Gregoire- Le- Grand,” awarded by Pope Francis.