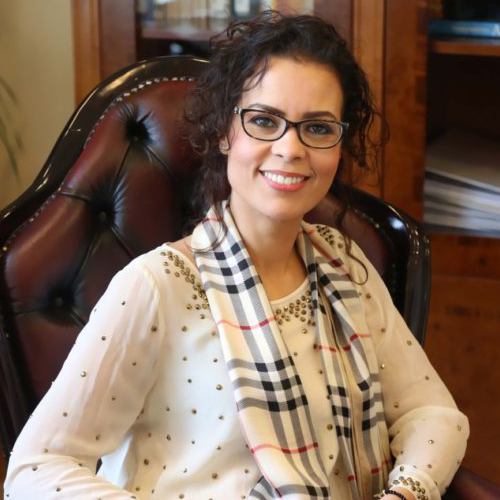 Dr. Ismahane Elouafi is Director General of ICBA-Agriculture for Tomorrow since 2012. Before joining ICBA, she was leading the Research and Partnerships Division at the Canadian Food Inspection Agency (CFIA). Ismahane holds a PhD in Genetics (Cordoba University, Spain) and has a passion for Science; its management; and its integration with Policy.

She believes that, in order to gain efficiencies and alleviate discrimination and poverty, Science has to be the basis of our decisions and development plans. Over her 15 years experience in agricultural research, Dr. Elouafi developed good understanding of Ag-Research, its potentials, and its challenges. She was successful in developing strategic partnerships with governments, institutions, academia, and private organizations in the national and international scientific research arena. Prior to joining ICBA, Ismahane held management positions with CFIA and Agriculture and Agri-Food Canada (AAFC). She also worked as a scientist with several international research organizations such as ICARDA (International Center for Agricultural Research and Dry Areas), JIRCAS (Japan International Research Center for Agricultural Sciences), and CIMMYT (International Maize and Wheat Center). Muslim Science ranked Dr. Ismahane among the 20 Most Influential Women in Science in the Islamic World under the Shapers category. http://muslim-science.com/muslim-science-coms-list-of-twenty-most-influential-women-in-science-in-the-islamic-world/. In 2014, the CEO-Middle East Maganize listed Dr. Ismahane among the World’s 100 Most Powerful Arab Women; in the Science category. http://www.arabianbusiness.com/the-world-s-100-most-powerful-arab-women-541075.html Dr. Elouafi was recently awarded the National Reward Medal by His majesty Mohamed VI, the King of Morocco.