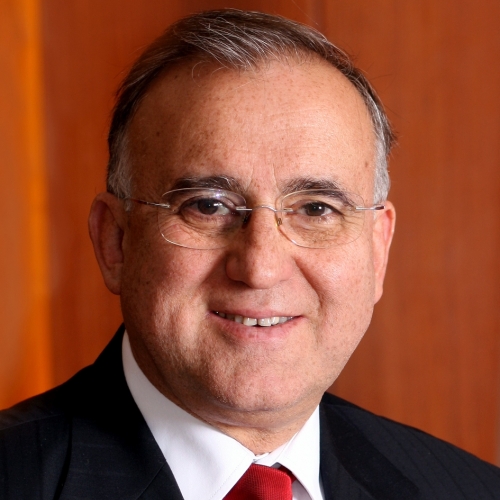 Asim Güzelbey, born in Gaziantep in 1951, graduated from Gaziantep High School in 1968 and studied at Diyarbakir Faculty of Medicine, affiliated to Ankara University. After his graduation from the mentioned faculty in 1974, he completed his Specialisation in Orthopedics in 1978. Güzelbey served as Visitor Physician in Hellersen Sports Clinics, Germany and Karolinska University, Sweden between 1978–79. Güzelbey, started his professional life in Gaziantep SSI Hospital in 1981, served as General Manager in Private SANKO Hospital between 1998–2003, after serving as freelance Orthopedics Expert.

His professional life came to an end when he took a step in politics. Dr Asim Güzelbey provided voluntary health care service in Marmara and Bingöl earthquakes while he was serving as a physician. He set a record in Gaziantep realizing more than 20 thousand surgeries on his own. Dr Güzelbey, was elected as the Mayor of Gaziantep Metropolitan Municipality on 28 March 2004 with a vote ratio of 57,3%, a record level, and was re-elected as Mayor of Metropolitan Municipality in 2009 receiving the appreciation of the citizens. During his term in office, he highlighted the historical and cultural identity of the city and worked on combining his modern city vision with cultural heritage. Gaziantep was included in UNESCO World Cultural Heritage Candidates List after the restoration of historical buildings and construction of museums. Asim Güzelbey, leading successful projects on social rehabilitation of the society with his capacity of physician, put into implementation many remarkable works related to rehabilitation and reintegration of drug addicted children to society. Güzelbey, was awarded Syrian High Order of Merit by Prime Minister Naci Otri in 2007 for his contribution to Turkey-Syria relations and his contribution to friendship, fraternity and peace between the people of both countries. He became the first local administrator of Turkey by being decorated with the Medal of Merit, the highest reward of Federal Germany offered by the President of Federal Germany Christian Wulf in 2009 because of his efforts in the field of bilateral relations starting with Sister Cities cooperation. Dr Asim Güzelbey, believing that world peace is the only salvation for societies, is being appreciated, both in national and international platforms, also for the school he opened for the immigrant children, innocent victims of the war, who run away from the humanitarian plight in Syria and finding refuge in Turkey. Güzelbey has highlighted the cultural wealth of Gaziantep, as cradle of civilisations and symbol of peace and friendship to the history of humanity. He was honoured with the 2012 Culture and Arts High Award received from the President of the Republic of Turkey, Abdullah Gül himself, for Zeugma Mosaic Museum. Asim Güzelbey is married to Derya Güzelbey in 1979, has two children named Güven, Computer Engineer, and Gonca, Economist. Güzelbey speaks English fluently and German.