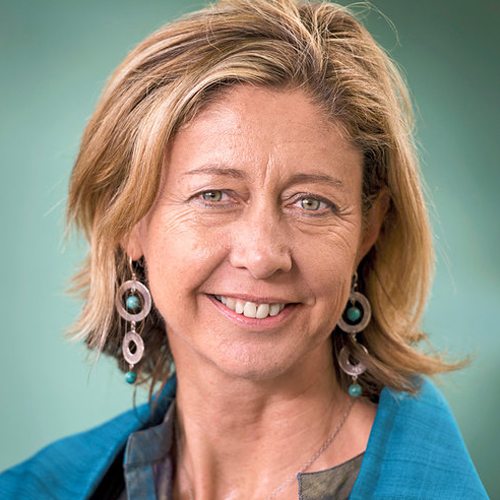 Christina Lamb is one of Britain’s leading foreign correspondents and a bestselling author. She has reported from most of the world’s hotspots starting with Afghanistan after an unexpected wedding invitation led her to Karachi in 1987 when she was just 22.

She moved to Peshawar to cover the mujaheddin fighting the Soviet Union and within two years she had been named Young Journalist of the Year. Since then she has won  14 major awards including five times being named Foreign Correspondent of the Year and Europe’s top war reporting prize, the Prix Bayeux. She was made an OBE by the Queen in 2013 and is an honorary fellow of University College, Oxford.

Currently Chief Foreign Correspondent for the Sunday Times of London, her postings have included South Africa, Pakistan, Brazil and Washington and she has recently reported on the child refugees disappearing in Europe and the Yazidi women abducted by ISIS in Iraq and kept as sex-slaves.

She has written eight books including the bestselling The Africa House and I Am Malala and is a patron of Afghan Connection and on the board of the Institute of War and Peace Reporting. Her latest books are Farewell Kabul: From Afghanistan to a More Dangerous World and The Girl from Aleppo: Nujeen’s Escape from War to Freedom in a Wheelchair. Her first play Drones, Baby, Drones co-written with Ron Hutchinson was recently performed at London’s Arcola Theatre.

An inspirational speaker, she has given talks all over the world, from NATO conferences to the annual Avon Ladies convention, as well as performing a story in London and New York for The Moth, and a TEDx on Women and War. Her portrait has been in the National Portrait Gallery and the Ashmolean Museum in Oxford. She is on the boards of the Institute of War and Peace Reporting and Afghan Connection. She lives in London with her family and a barge cat with no purr.