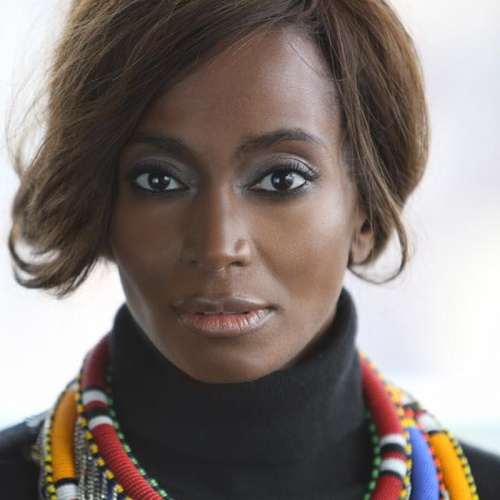 Bisila Bokoko has inspired thousands of individuals and organizations world-wide, through her motivational keynotes, and will inspire your audience with a message tailored to achieve your program’s goals and boost your attendee’s aspirations.

From hosting at the UN in Switzerland to delivering powerful keynotes in Dominican Republic, and on-air radio hosting in South Africa, Bisila Bokoko has shared her business expertise and inspirational journey with audiences across the world over during her 18-year career. She developed her expertise in geopolitics, tourism, and culture by working closely with cities in Spain and countries in Africa; and, cultivating relationships
with foreign Heads of State and international business leaders, becoming one of the ten most influential Spanish women in American business.

She has been featured in Forbes, Entrepreneur Magazine, Bloomberg TV, Black Enterprise, Harper's Bazaar & other top publications. She has an impressive track record of taking businesses from local to global. As the Executive Director of the Spain-US Chamber of Commerce for 7 years, she worked closely with a wide range of industries and leading Spanish brands. In 2012 she
founded BBES, a New York-based business development agency that represents, promotes, and markets brands internationally. She also serves as an advisor to emerging leaders, providing guidance on personal branding and leadership that prepares them to move to the global stage and share their expertise worldwide. Her desire to empower those less fortunate to create a better life, inspired her to found BBALP, a non-profit organization committed to opening libraries throughout Africa with current presence in Ghana, Zimbabwe, Kenya and Uganda. Bokoko’s efforts to use her knowledge to empower others, won her widespread recognition and led to dynamic
involvement in EMPRETEC, a United Nations program that supports up and coming entrepreneurs.