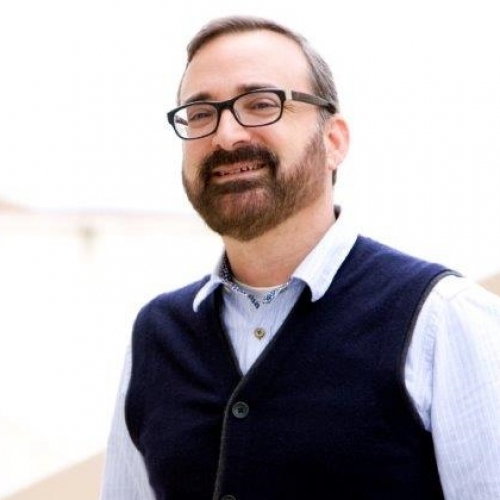 Professor Maurer is a cultural anthropologist and sociolegal scholar. His most recent research looks at how professional communities (payments industry professionals, computer programmers and developers, legal consultants) conceptualize and build financial technology or “fintech,” and how consumers use and experience it.

More broadly, his work explores the technological infrastructures and social relations of exchange and payment, from cowries to credit cards and cryptocurrencies. As an anthropologist, he is interested in the broad range of technologies people have used throughout history and across cultures to figure value and conduct transactions. He has particular expertise in alternative and experimental forms of money and finance, payment technologies, and their legal implications.

He is the Director of the Institute for Money, Technology and Financial Inclusion (www.imtfi.uci.edu). From 2008-2018, he coordinated research in over 40 countries on how new payment technologies impact people’s well being. Highlights from IMTFI’s research were published in Money at the Margins: Global Perspectives on Technology, Financial Inclusion, and Design (with Smoki Musaraj and Ivan Small). Since 2018, IMTFI has been the Filene Center of Excellence in Emerging Technology. With Filene, Maurer has been exploring how fintech impacts the credit union movement, exploring topics ranging from algorithmic bias in consumer-facing applications of AI, to the often-ambiguous lessons fintech apps teach their users. His research has had an impact on US and global policies for mobile payment and financial access, and it has been discussed in venues ranging from Bloomberg BusinessWeek to NPR’s Marketplace and the Financial Times.​

His research has been supported by several grants from the National Science Foundation, the Russell Sage Foundation, and other sources. He is the editor of 7 collections, as well as the author of Recharting the Caribbean: Land, Law and Citizenship in the British Virgin Islands (1997), Pious Property: Islamic Mortgages in the United States (2006), and Mutual Life, Limited: Islamic Banking, Alternative Currencies, Lateral Reason (2005). The latter received the Victor Turner Prize in 2005. His new books, How Would You Like to Pay? How Technology is Changing the Future of Money, and Paid: Tales of Dongles, Checks and Other Money Stuff (Bill Maurer and Lana Swartz, eds), take up what he has called the “Cambrian explosion in payments,” the new technologies and business models in the payments industry and their implications for how we think about and use money, debt, and social relationships. He also edited A Cultural History of Money (2019) in 6 volumes, covering antiquity to the present. He has worked as a consultant in industry and the non-profit and philanthropic sector, and has also provided expert testimony on his areas of expertise. For more information on Professor Maurer’s current research projects, click on the Research link above.​

Currently, he is Associate Editor of the Journal of Cultural Economy and serves as a member of the Editorial Boards of the Journal of Islamic Accounting and Business Research, Cultural Anthropology, Cultural Critique, and PoLAR: The Political and Legal Anthropology Review. From 2007-09 he was President of the Association for Political and Legal Anthropology, and served in 2009-10 as a member of the Program Committee for the Law and Society Association meetings in Chicago, IL. He was Chair of the Department of Anthropology at UC Irvine from 2005-06 until 2010-11. He was Associate Dean for Research and Graduate Studies in the Social Sciences from 2011-13.

In July 2013, he assumed the role of Dean of the School of Social Sciences at UC Irvine. He maintains an active side interest in the experimental history of the Irvine School of Social Sciences, and has been involved in several curatorial projects related to that history. He has also been involved in curatorial work more directly associated with his research, represented most recently in an ongoing exhibit on the past, present and future of money at the British Museum. In 2015 he was appointed to the Board on Behavioral, Cognitive and Sensory Sciences of the National Academy of Sciences. He has consulted with the Department of Treasury on the redesign of the US paper currency. He received his BA from Vassar College and his MA and PhD from Stanford University. In 2016, he was named a fellow of the American Association for the Advancement of Science. In 2018, he was named a Filene Fellow.