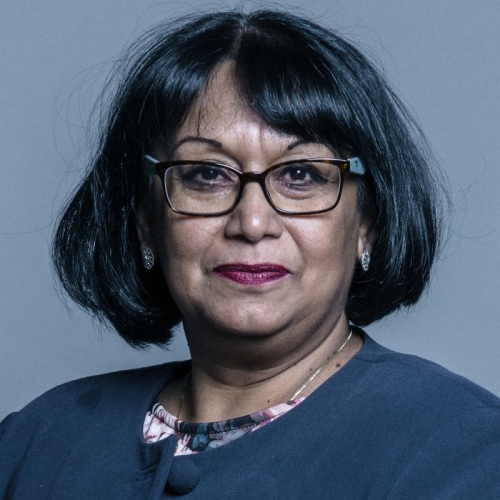 Sandip Verma, Baroness Verma is an Indian English politician and, as a member of the House of Lords, is the Parliamentary Under Secretary of State for International Development and Ministerial Champion for tackling Violence Against Women & Girls Overseas, a role that she has held since 13 May 2015. Baroness Verma chairs the UN Women's National Committee UK.

She was formerly a Government Whip and Spokesperson for the Cabinet Office, International Development and Equalities and Women's Issues. Until the formation of the Conservative-Liberal Democrat coalition following the May 2010 general election, she had been an Opposition Whip and Spokesperson for Education and Skills and for Health. In 2006 Lady Verma was made a Patron of the Tory Reform Group. Born in Amritsar in Punjab, India she moved as a child with her parents to England in 1960. She was created a Conservative life peer on 2 June 2006 taking the title Baroness Verma, of Leicester in the County of Leicestershire, having been an unsuccessful parliamentary candidate in two general elections (2001 and 2005) - in Hull East in 2001, where she finished third, and in Wolverhampton South West in 2005, where she came second to the Labour incumbent, Rob Marris. Since 1977, Lady Verma has been married to Ashok Verma. They have a daughter and a son.