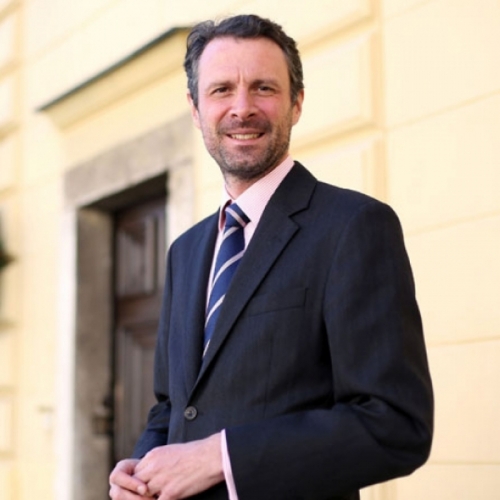 Mr Andrew Dalgleish LLB is Her Majesty’s Ambassador to the Republic of Croatia. Andrew was formerly Minister-Counsellor, Deputy Head of Mission and Director of UKTI in Seoul. He began his career at the Department of Social Security in 1998.

He worked at the Department of Environment, Food and Rural Affairs and at the UK Representation to the European Union (UKREP) until 2008. Before becoming Deputy Head of Mission in Korea, Andrew was Head of European Union Strategy Department at the FCO in London, leading a group providing strategic advice to the Foreign Secretary and Europe Minister on EU-internal policy issues.

He is married to Aline and has two sons.