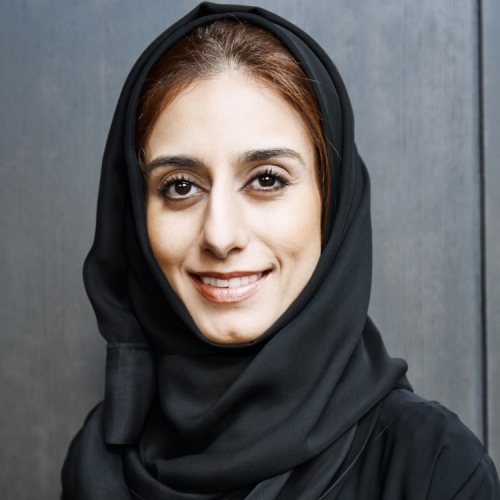 Ameera was focused on Arab women’s empowerment and leadership in the region. A true ambassador for progressive values, she was focused on a broad range of human, animal and environmental issues.

Since 2010, Ameera had been the Chairperson of Sharjah Business Women’s Council. She was also the President of the Board of Trustees and a founding member of Friends of Cancer Patients Society (FoCP) that was established in 1999. Since 2011, Ameera had been a Jury Member for the Emirates Women Award and in 2012, she was honoured to be awarded the UAE’s “Humanitarian of the Year” by the Arab Women Award, an organization whose jury committee she had since been invited to lead. She was also elected to head the Women’s Chapter for the world’s oldest and largest international non-profit business association for CEOs: the CEO Clubs. She also served on the board of Education for Employment (EFE), a non-profit organization dedicated to youth employment, with a network of six locally-run non-profit affiliates across the Middle East and North Africa. Ameera was also a member of the Olave Baden-Powell Society, which supports the mission of the World Association of Girl Guides and Girl Scouts (WAGGGS) to enable girls and young women to develop their fullest potential as responsible citizens of the world, and she sat on the board of the WAGGGS Development Fund headed by Princess Benedikte of Denmark. She also represented her country in 2011 as part of the International Visitors Leadership Program (IVLP) as a guest of the US Embassy.

Ameera lost her life tragically and prematurely on October 22, 2016 along with her mother and sister. She will always be remembered as a pioneering change maker in the field of women's empowerment.