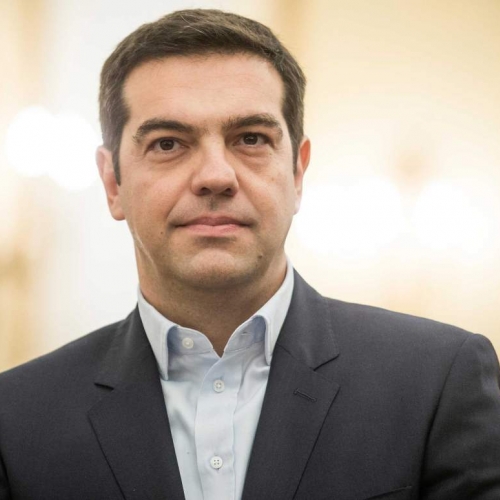 Alexis Tsipras is a Leader of the Coalition of the Radical Left (SYRIZA) since 2009, and Prime Minister of Greece since January 26, 2015.

He is the youngest Prime Minister in Greek history since 1865. Tsipras was first elected to the Hellenic Parliament in 2009, and was the Party of the European Left nominee for President of the European Commission in the 2014 European Parliament election. Tsipras led SYRIZA to victory in a snap general election, receiving 36% of the vote and 149 out of the 300 seats in the Parliament.