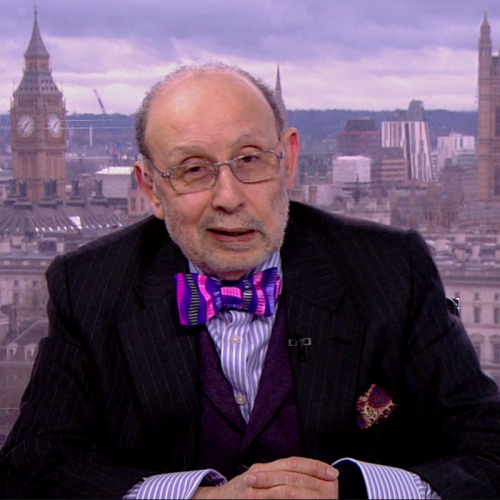 Adel Darwish, (pen-name Alex Darwin) is a British author, historian, political commentator and a veteran journalist, parliamentarian reporter & commentator based at the Press Gallery in the Palace of Westminster.

Darwish authored five books. His coming book on Alexandria, the city of his birth, is an eyewitness account of life in cosmopolitan Alexandria between the Second World War and 1960. He witnessed the exodus of over 100,000 Alexandrians dispersed worldwide. Darwish worked for most Fleet Street Papers as a foreign correspondent covering Africa and the Middle East since the Six-day war in 1967 until the late 1980s. He knew and had meetings with most leaders of the region.

Although Darwish was on record opposing giving journalists awards for doing their job, the Next Century Foundation for Peace warded him, in 2008, the Cutting Edge Prize "for outstanding new ideas and contribution to peace and understanding via Journalism". In 2017 he accepted the Lifetime Achievement Award from the International Media Council“ for a lifetime of outstanding work as a journalist, covering many of the major political events of the last half a century and becoming a mentor for many aspiring young journalists.”

As a playwright and dramatist, Darwish has been involved in British theatre, with some of his plays performed at the Edinburgh Festival and at the Young Vic and several Fringe theatres in London during the 1970s. Most of his plays were adaptations of poems and short stories from Africa, especially from Egypt A writer, broadcaster and commentator, Darwish contributes, mostly live, to major national and international network on a variety of subjects. His expertise on international affairs covers conflict, conflict resolution, water politics, the Middle East and Africa.