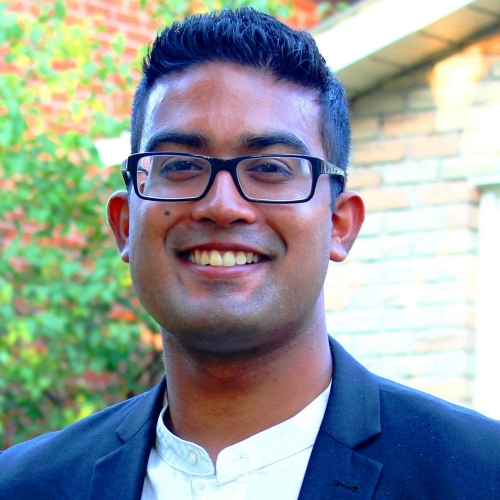 He currently works as a Trade Commissioner focused on Foreign Direct Investment at the Consulate General of Canada in New York City. Years of passionate engagement in socioeconomic issues have taken Aaron from the crèches of post-Apartheid townships in Cape Town to Ukraine and Malawi’s polling stations all the way to Colombia's hilltop villages. Aaron’s avid interest in global affairs also steered him to Central and South America and Canada's Arctic where he partook in trade and development missions. Aaron’s community involvement has included the development of a scheme providing nutrient-dense food hampers to people below the breadline and the creation of an award-winning biodegradable mosquito net for malaria prevention in Africa. He also crafted an index using open-source data that gauges regional security fluxes for early warning. Aaron was elected as a City Youth Councillor, has written on security issues as a NATO Canada Fellow, and negotiated and spoken at high-level fora, including those of the UN, Commonwealth and the CTBTO. He was appointed as Canada's Youth Ambassador to the OSCE and is a former member of Canada’s Volunteer Awards National Advisory Committee. Aaron has been recognized with the Queen's Young Leaders Award by HM Queen Elizabeth II, designated a Young Leader by the Global Baku Forum, Emerging Leader by the Atlantic Dialogues, a Top 30 Under 30 Sustainability Leader, and was featured as one of Canada’s Future Foreign Policymakers for 2018 by OpenCanada.