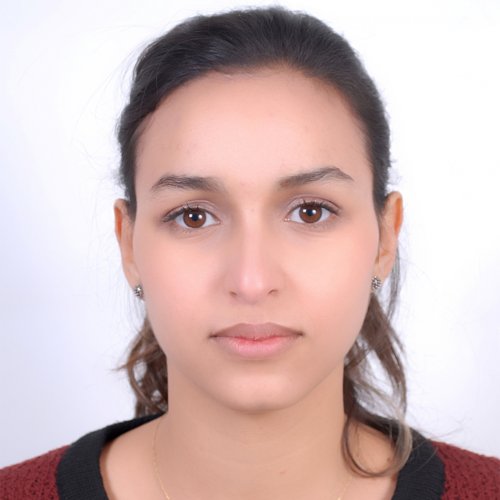 A: Morocco is a breath-taking Muslim country in North Africa, with the two official languages being Arabic and Amazigh. It is very rich in history and famous for its mesmerizing Sahara Desert landscapes and beautiful weather. In my opinion, it is really a must-visit destination for the people interested in culture, cuisine, nature and adventure.

Kawtar Lourhraz was born in the city of Agadir in Morocco in the year of 1996. She got her high school degree in 2014 in physics and chemistry. She got a full scholarship at Al Akhawayn University in Ifrane, majoring in Engineering and Management with a concentration of Environmental Engineering and Renewable Energies.

During high school, Kawtar participated in a competition called innovative and social student by JCI and won the prize in 2012. She is really involved that she was serving as vice president at the interfaith club and the University. She was a guest speaker by Religion for Peace in Castel Gondolfo in 2015. She obtained a scholarship in 2016 at the University of Vienne and worked with Refugees during the Christian and Islamic Summer program. She also got a scholarship at West Virginia University to study mechanical engineering courses in the spring of 2017.

Furthermore, she did an exchange program at UCSI University in Kuala Lumpur in the Summer of 2018. Kawtar was also selected as one of the finalists of the quest by Unilever.

I was born and raised to a middle-class Moroccan family in the city of Agadir which was destroyed by an earthquake in 1960; it has been completely rebuilt and it is now considered the largest seaside resort in Morocco, where foreigners and Moroccans come to enjoy their holidays. Agadir is also considered the centre of the Amazigh culture which is representing the indigenous people of Morocco. Finally, the city is known for Argan oil that is unique to the region.

My parents always pushed me to work hard and to believe in myself which makes me today so grateful to have such a supportive family. After getting my baccalaureate degree in physics and chemistry, I was granted a full scholarship by Al Akhawayn University in Engineering and Management which opened the doors for me to gain a global view of the world and to boost my potential. During my studies at Al Akhawayn University, I had a chance to do many exchange programs. The first one was at Vienna University, where I learned about many religions and worked with refugees. Then I went to West Virginia University where I studied courses related to mechanical engineering and then I went to UCSI University in Malaysia and I studied Courses related to Management and Engineering. During my travels, I had to adapt to many cultures and face several challenges that strengthened me and shaped my personality.

A: The world today is full of opportunities but also has several challenges. Thanks to the development of technology and science, we have become more connected to the world and the living standards have improved. On a larger scale, nations are working together to end wars and conflict. Although we have achieved good living standards and provided food to the entire world, it has come at a cost of the environment that is degrading every day. In my opinion, a good world is a place where we have a focus on circular economy and sustainability. It is also a place where most of the energies used are clean like renewable energies and where there are equal opportunities to everyone. It is a world that is tolerant where people practice their belief in peace without judging others.

A: The main challenges Morocco is facing:

A: As the first female engineer and the first one to have travelled abroad alone in my extended family, I faced many difficulties throughout my journey. It was very difficult to convince my parents, in the beginning, to let me travel since they felt an urge to protect me. They were worried that something may happen to me since women are considered weak and fragile in this society. After getting my degree in engineering and coming back safely from my travels, I opened the door for many girls who would also like to follow the same path as me.

A: The mentor role is important because he or she shares with the mentee information about his or her own career path and provides guidance, motivation, emotional support, and role modelling.

A: Life taught me that if you do not believe in yourself and in your own potential, nobody will. I believe that the obstacles that a person faces in life are character-defining, the more someone struggles, the more they will strive and perform under pressure. In my society, women are not expected to accomplish extraordinary goals, they are generally expected to remain at home and raise children. I’ve learned throughout my journey that regardless of background or economic status, anything is possible with a strong mindset and unbreakable confidence in yourself. This is a lesson I have learned the hard way and it is something I wish people in my country, especially women, would embrace.

A: Any Moroccan woman is expected to meet a long list of standards that the society attributed to her since her birth. She feels the pressure since childhood when she starts realising that she only has a short period of time to find a husband and give birth. The criteria of a good woman is an accumulation of the manner in which society raises women. Often these traditional rules are protected by women themselves who insist on passing them from a generation to another. Most of the times women teach their sons that they are the masters of the house and his sisters are his servants. The society emphasizes on the fact that women should get married rather than continuing their studies and realizing their dreams. Women are expected to sacrifice their career to stay at home and raise their kids. When a woman is not empowered and she is not independent financially, this creates tremendous consequences such as domestic violence and homelessness. In the case of divorce, mainly women with poor education and with no skills, end up prostituting to afford their living.

In Morocco, many efforts are made to help women by encouraging the work of many associations that help women in difficult situations by providing them with shelter and psychological support. These associations are also trying to change the negative social attitudes towards women by rewarding the talents of women who are innovative in different fields. As far as the laws are concerned, The Family Law is considered progressive compared to other countries in the region since it gives several rights to the Moroccan women such as:

The Family Law is a big step in the right direction and although progress is continuously made, we must continue to fight for women’s rights every day.

A: "Only in the darkness can you see the stars" - Martin Luther King

"All our dreams can come true, if we have the courage to pursue them" - Walt Disney

A:  Once we climb the ladder, we need to help others too. The role of the mentor is to help the new generation to achieve their goals. 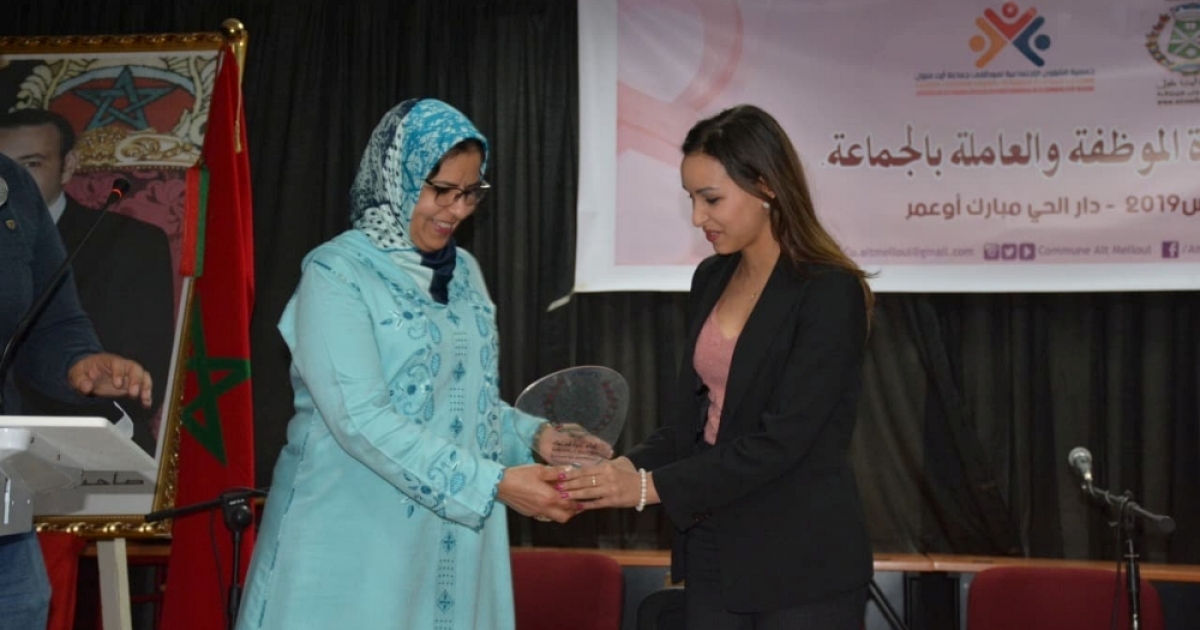