Stephen Cole is an international broadcast journalist, and Chairman at the Institute of Diplomacy and Business. In this in-depth interview, he recounts his adventures on the launch presenting team of four global channels - Sky News, CNN International, BBC World and Al Jazeera English; reveals why modern TV news ‘bores’ him; claims the Middle East is the ‘only story’ we should be giving attention; argues the BBC should ‘give up pretending to be impartial’; and shares what he learned from four hours one-on-one with Bill Clinton.

Listen to the Interview 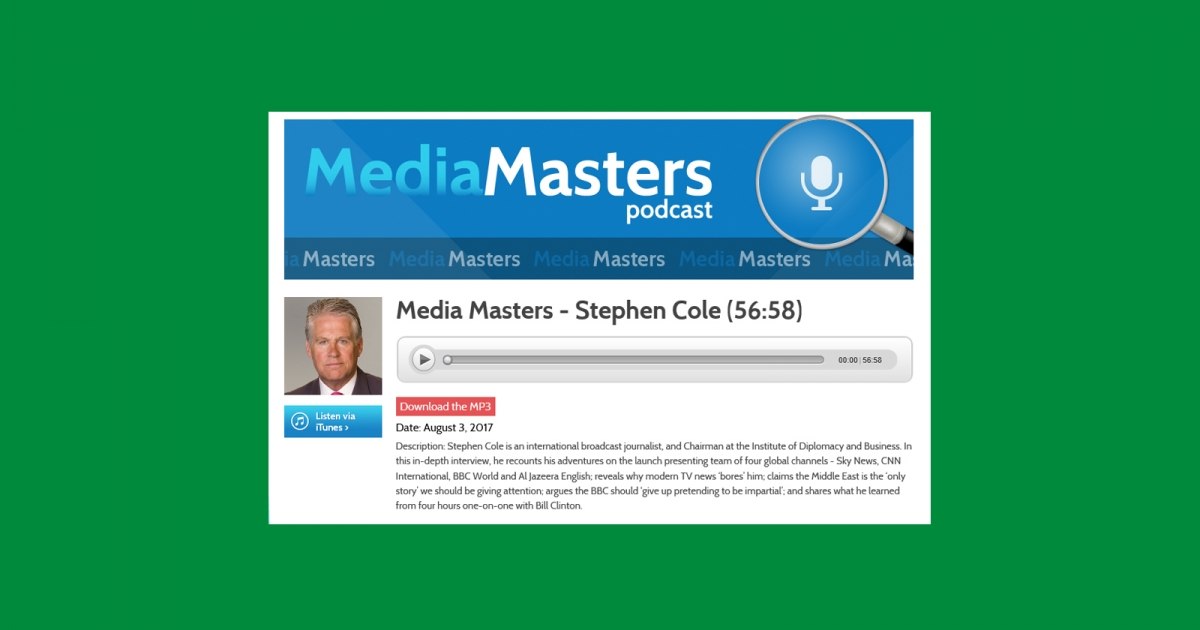