Derek Wyatt's thinking has been influenced by Gandhi, Martin Luther King and Nelson Mandela, as fighters for a cause, able to handle pressure, which are two of the qualities that Derek possesses. An inquisitive mind, a thought leader, who has launched -and excelled in- many different disciplines!

Q: What was your journey like to get where you are?

A: I was the first person in my family to go to university and I have kept going! I am currently doing a part-time MA at King's College, London. So, continuous education is important throughout your life. You can never have enough. I have moved jobs every decade or so partly through boredom, partly through wanting a new challenge, partly thinking there's more of me to give. Be brave; remember when you fail you have almost succeeded.

Q: What are the formative decisions and experiences that influenced who you are as a person?

A: When I was younger I set my heart on playing for England. It didn't really matter which sport but in the end I chose rugby over track and field. I read everything I could lay my hands on: sport psychology, nutrition, training regimes, sport physiotherapy, sport history, sports visualisation et al. I ran to work, I trained at lunch time. I went to the track to run 15m, 20m and 25m bursts in spikes. As I didn't have a rugby ball at home I used to do these bursts holding my vest or jersey with my hands to make it harder to run. I had to be the best before I was the best. I still hold the try scoring records at Bedford which I set between 1973 - 78 (145 tries in 152 games). I toured Australia with England in 1975 and was capped in 1976. A year later I scored four tries against USA at Twickenham. I won a belated Blue at Oxford University aged 32 in 1981!

Sport gives you the chance to prove your ability on a public stage when you are just understanding what it is to be an adult. It is an incredible experience. It gives you huge dollops of confidence.

"Remember when you fail you have almost succeeded"

Q: What is your view on Britain’s business and trade opportunities in the post-Brexit era?

A: I am still not certain we are going to leave Europe. If we do it will diminish us as a nation. My sense is that India will take our place as a member of the UN Security Council. So, if we are to leave it has to be in a spirit of friendship and good sense as one day we might want to be back. I am unconvinced by those who think leaving will give us renewed wealth because of the new trading opportunities. No-one knows. It is a punt in the dark. It is the biggest risk we have ever taken as a nation.

Q: Can you think of a recent story that made headlines, and really impressed or even shocked you. Tell us more about it?

A: The recent spate of killings in London and Manchester have shocked me. Indiscriminate killings are very hard to comprehend. The savagery belongs to another era. Whatever God you worship it is my belief that love is the uniting factor. In St. John's Gospel the author expressed it thus: "God is love". I am still reflecting on what that means.

Q: It seems that trust and confidence are waning in our societies and its thought leaders. What is your view? And what is the role of media in this?

A: This is a very difficult question to answer.

My sense is that the organisations which were created during and immediately after the Second World War - the UNO, the WHO, IMF, WTO (GATT as was), World Bank, OECD et al - have had their time. They belong to the past, they are bloated bureaucracies, they are analogue and they are full of largely white men. They no longer represent us. Then the media which has developed up to about 2000 has also been analogue and though organisations like the BBC have tried to move to other social networking platforms they have largely failed ditto newspapers.

We are in a state of flux. It is uncomfortable. The world lacks any meaningful leadership save for Chancellor Merkel though Justin Trudeau and Emmanuel Macon have shown promise but have not yet had their feet held to the fire.

Change is painful. The old world order is breaking up. America is no longer the country we turn to for world leadership. China has never been interested in a world stage. Europe looks messy. Russia is threatening. The Middle East is a concern.And yet I am decidedly optimistic. We have great artists, poets, and writers. Technology and science give us great hope (look what Bill and Melissa Gates have done for Malaria). We will muddle through but we badly need a touch more vision and humanity.

Q: What behaviours does the CEO need to focus on to build their personal trustworthiness?

A: Most organisations have an ultimate decision maker be they FTSE 100 companies, schools, charities, girl guides or families. They are called CEOs or head honchos or parents or whatever. A good CEO will have oodles of wisdom, a wry sense of humour, an ability to listen and the respect of his/her peers. A goodly amount of these attributes will cause the CEO to be trusted. It is never a given but it is very important. I know there are countless business books on this subject but I think some of these qualities are already in your DNA.

Q: What are the qualities that define a successful leader?

A: Well, I have touched on that in 5. A leader has to be the strategist. He/she is the game maker but must not be blind to changing his/her mind (we've all had Plan B's). It is quite hard to really have a long-term set of goals. It has been my experience to have some short term aims alongside some medium ones and to be constantly updating them. Short for me is 18 months to three years; medium is five at best. I have noted most Prime Ministers stand down or are fired or both after six years. The President of America can only stand for eight years of which the last two he/she is treading water.

Q: Do you have a role model? How did he or she influence what you are today?

A: There are three people who have influenced my life Gandhi, Martin Luther King and Nelson Mandela. In politics, I have had a soft spot for Jack Kennedy, Harold Macmillan and Barack Obama. I guess the first three were underdogs, fighters for a cause, able to handle pressure, not willing to give in lightly, take on and beat the establishment despite imprisonment. Two were assassinated. Kennedy gave me hope as a kid. He had buckets of charisma. Macmillan was supremely wise and well read. His speech in Cape Town about "The winds of change blowing through Africa" made in February 1960 was so profound. After which instead of flying home, he took the cruise liner which took two weeks. Imagine a PM doing that today! Obama too gave us all hope. I was thrilled to have shaken his hand and hope to meet him again.

Q: What are the most important virtues in a leader?

A: I have been a bit of a dreamer all my life. Now, I think of my children and dream for them. You want them to be goodly citizens and not to forget those less able and with less on their table.

Q: What makes a Global Thinker?

A: Vision which takes one outside of your own culture; a reader and a writer.

Q: In what ways can we take advantage of technology to create positive impact?

A: Gosh, we are at a pivotal point in the development of technology. Machines can beat our world champions in chess and Go. Driverless cars are just turning the corner. Bitcoin and other new currencies threaten the whole banking system and more. AI is maturing. Robots have grown up. This is a huge challenge. For organisations there needs to be a board director for the application of all this technology and for those in politics we need to triage the President/PM and the Finance/Chancellor of Exchequer with a Director of Vision.

Derek is chair of Royal Trinity Hospice, the oldest hospice in the world; chair of FISP, a think tank which examines how our digital world will look after 2020 and chair of the Major Stanley's Trust at Oxford University RFC. 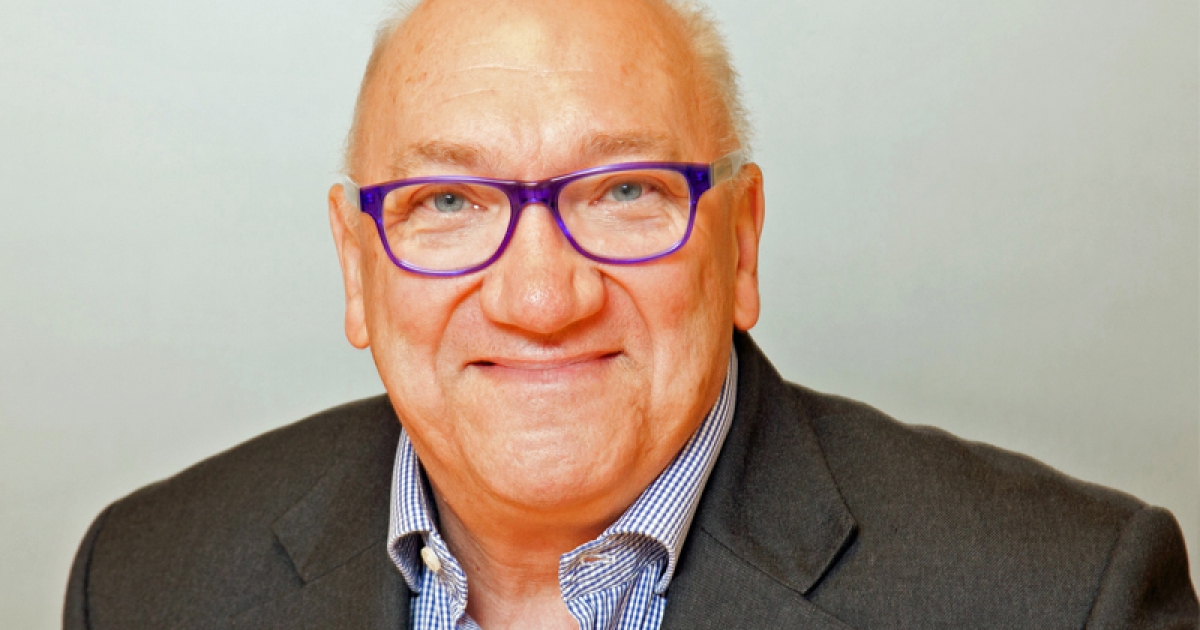