The art of giving keeps getting better. A rapid rise in women’s wealth in recent years is leveraging a desire innately ingrained in the female psyche – to help. The ‘three comma club’ had a record year in 2017, with 256 women making the 2018 Forbes World’s Billionaires rankings. Their collective net worth reached $1 trillion – an impressive 20% climb on the previous year. A UBS survey showed that the number of female billionaires increased sevenfold in 20 years, from just 22 in 1995 to 145 in 2014.

That’s not to mention the many more female millionaires and high earners not featured in public rankings. Women now have more cash; a tool that enables them to pack an increasingly powerful punch in the global world of philanthropy.

Their contributions are not purely about the size of the cheques they write, but the emotional messages behind them. “Philanthropy is not about money. It is about using whatever resources you have at your fingertips and applying them to improving the world,” said Melinda Gates, American philanthropist and co-founder of the Bill & Melinda Gates Foundation.

A woman’s desire to give usually encompasses an equal split between rational and emotional sense, while men tend to be more money-centric. The female attitude to investing was illustrated in a 2017 report, titled ‘Leading ladies of Switzerland: Insight into the lives and careers of female wealth holders.’ When asked about ‘impact investing’, several women interpreted this to mean direct investment in, or the founding of, businesses that had a positive social impact. They did not often interpret it as investing related to the stock market. Women prefer to learn from one another about issues and are more rigorous in their evaluation of programmes and their potential impact, according to Geneva Global. They also volunteer more – often at places where they are also donors – and spread their giving across multiple causes and organisations that are important to them.

Handing a megaphone to those needing a more female-orientated platform is also a trend amongst high net-worth women. The safety and education of girls and women, economic gender equality and reproductive health are among the primary interest areas. ‘Women Moving Millions’ is just one illustration of how female-led organisations are leveraging high net-worth women to catalyse unprecedented resources for the advancement of women and girls. Based in New York, the registered non-profit is a growing global community of 290 members in 14 countries. Each member has given and/or pledged $1 million or more to organisations and initiatives of their choosing to benefit women and girls.

Leveraging efforts to help women and girls is vital; their uphill climb to equality can be extremely steep. Two examples offer a brief insight into the breadth of the challenges surrounding female empowerment; UN Women cites national studies that suggest up to 70% of women have experienced physical and/or sexual violence from an intimate partner in their lifetime and the World Economic Forum (WEF) warns that it could be the year 2235 before economic parity between the sexes is the norm. Take a moment to think about how these statistics affect the girls and women in your life.

"Women are not just ribbon cutters. Whatever the depth of their purses, they are influential agents for positive change"

The Women’s Philanthropy Institute spoke with 23 high net-worth women, revealing that most of the participants did not grow up wealthy. But most had early experiences with philanthropy and were taught to give what they could. A similar theme was noted in the report titled ‘The Leading Ladies of Switzerland’. One respondent shared her story: “I founded my first non-governmental organisation (NGO) when I was 12 years old. I have always wanted to have a positive impact on the world. Now I am making movies that are inspiring or are about people who have improved the lives of others. We also raise money for certain foundations. We ourselves have impact awards that we give to charities; we give them money based on their impact.”

Passing on this aspirational attitude to the next generation of young girls and women is vital to bolstering female-led influence in philanthropy worldwide. Wealthy women can leverage their economic standing to become beacons of philanthropic light for youngsters, many of whom seem hungry for positive change. Young people worldwide are transforming their communities and themselves by making grants — more than $14 million since 2001 — to causes they are passionate about, the Foundation Centre said in 2016. The value of their efforts extends far further than monetary value; each youngster aspiring for change today is a potential leader tomorrow who can make it happen. As Mary Ritter Beard (d.1958), an advocate for social justice, said: “The results of philanthropy are always beyond calculation.”

The celebratory spotlight on the increased financial power of philanthropic women should not dim the laudable efforts of men. There is no gender label on the capacity for kindness. The Kenyan philosophy of Harambee – meaning to all pull together – is an apt battle cry for unified change in a world that is busy troubleshooting on many fronts. Around 844 million people still do not have access to clean water (more than ten times the size of the UK’s population) and 2.3 billion people still do not have toilets or improved latrines. Better water, sanitation and hygiene could prevent the deaths of 361,000 children aged under the age of five years old each year. Consider Water.org’s statistic that a child dies from a water-related disease every 90 seconds against the time it has taken you to read this copy. Hurdles surrounding youth development, climate change, mental illness, water and food shortages are also at the top of a very long list of charitable needs.

Women are not just ribbon cutters. Whatever the depth of their purses, they are influential agents for positive change. Mother Theresa (d.1997) said it best: “I cannot change the world. But I can cast a stone across the water to create many ripples.” Have you thrown your stone? 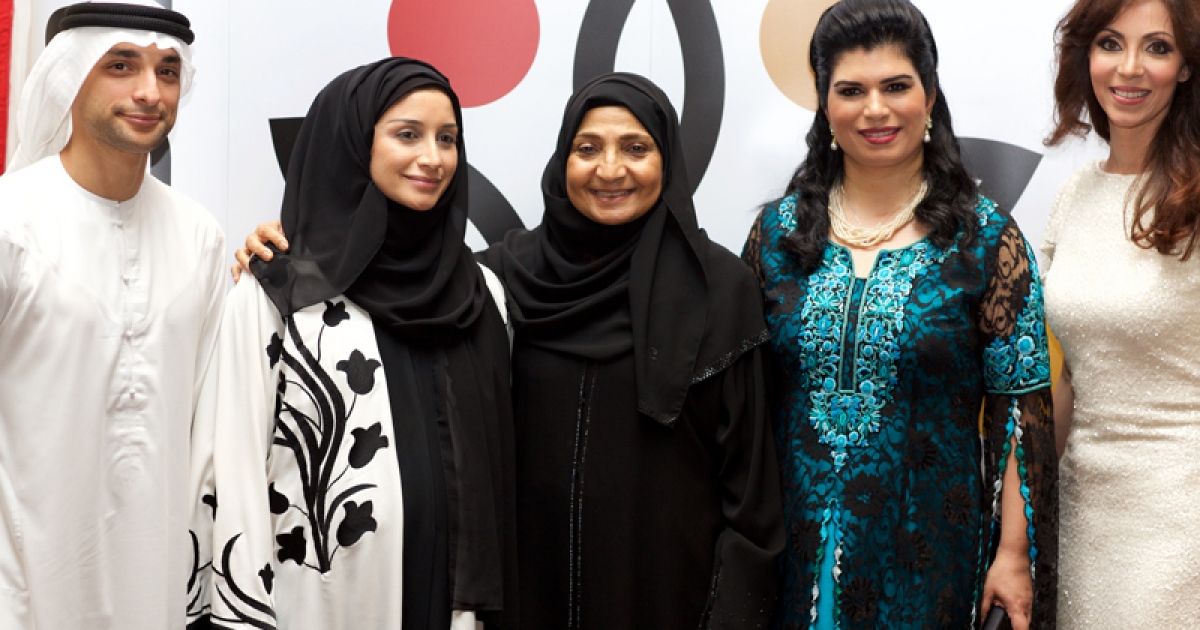