AMMAN — An international forum celebrating women leaders in the region opened on Sunday under the patronage of Her Majesty Queen Rania. The Global Thinkers Forum (GTF) 2012 celebrates success stories and current roles of female leaders from the Middle East and North Africa (MENA) region.

Her Majesty attended a panel on “the new MENA societies”, which followed the official opening of the forum earlier in the morning, according to a statement from the Queen’s office. The panel, which focused on women in the MENA region and the problems and challenges they face, was moderated by Safwan Masri, director of the Columbia University Middle East Research Centre.

Preceding the panel Her Majesty also attended a keynote speech by Columbia University Professor Saskia Sassen, who spoke about global cities and their residents’ influence on their culture and growth. The two-day forum includes several panels and workshops bringing together experts and speakers from across the globe.

Elizabeth Filippouli, founder and CEO of Global Thinkers, told The Jordan Times that the GTF 2012 is highlighting women due to the role they play in the region, which is undergoing political changes.

“We are focusing on the role of female leaders as they play a great transformative role in the MENA region. Over the past year-and-a-half we have seen revolutions sweep across the region, some of which toppled leaders but we cannot see positive change and the progress we anticipated.”

Global Thinkers is a nonprofit initiative aiming to create dialogue and connect current and future leaders to discuss governance, society, progress and the future.

Organisers said they chose Jordan to hold their global event not only because it is stable regionally.

“Jordan is peaceful and stable but also rich culturally. There are so many women with leading roles. It is impressive,” said Tim Warnes a consultant at Global Thinkers. 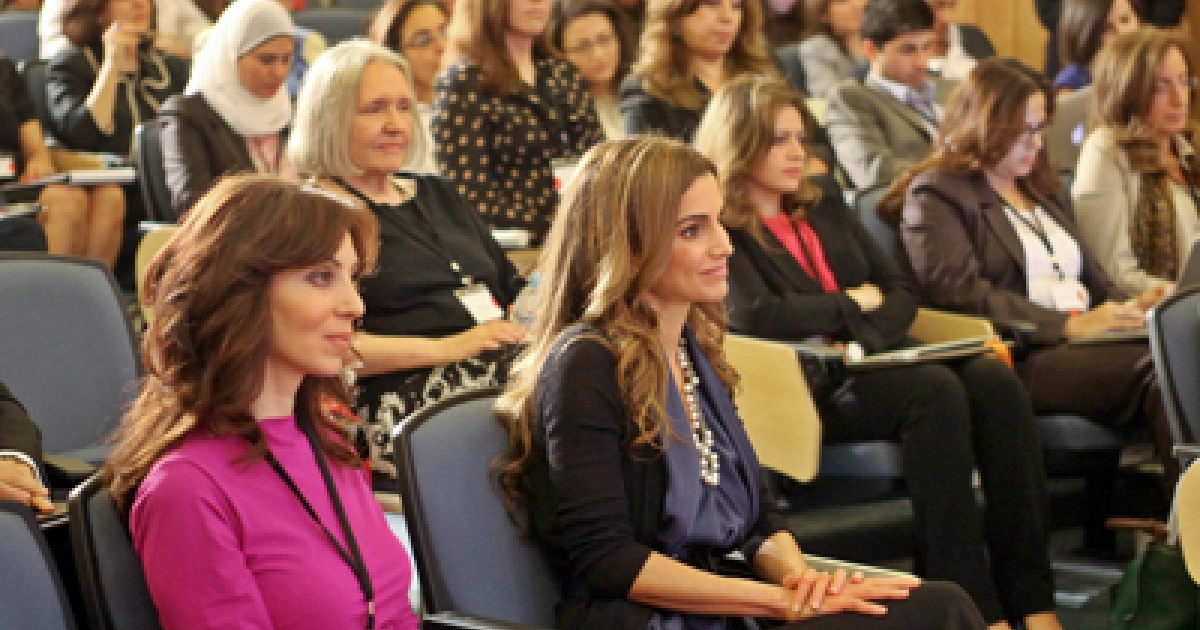