The potential of the Arab youth is gold dust. But local governments have not dug deep enough yet. ‘Local governments must do more to address the needs of their youth’ was the resounding opinion of respondents to the ninth Arab Youth Survey 2017.

The survey interviewed 3,500 Arab nationals aged 18 to 24 from 16 countries, with 85%, 85% and 71% of respondents from the Gulf Cooperation Council (GCC) countries, North Africa and the Levant & Yemen, respectively, calling for more support. Astonishingly, respondents cited youth unemployment as the top joint issue facing the region – along with the rise of Daesh.

And perhaps they are right. The Middle East and North Africa (MENA) has the highest youth unemployment rate in the world. Unemployment was 27.2% in the Middle East and more than 29% in North Africa, more than double the global average, according to the World Economic Forum (WEF) in 2014. Popular estimates warn that the Arab world needs to create 100 million jobs by 2020 to avoid sparking more economic, social and civil woes amongst its youth.The visual rolodex of deeply frustrated young citizens during the Arab Spring in 2011 is still fresh in the Arab world’s memory. Can governments and other associated cornerstones of youth employment – academia and industry –  afford not to listen?

This conversation is here to stay and the voices of those waiting for action will only get louder as time passes. Those aged 15–29 years old make up around 30% of the population – 105 million people – in the Arab world and 60% of the population have not yet reached their 30th birthday. Self-determination, good citizenship and productivity need to quickly climb higher on the leadership’s agenda, according to the United Nations Development Programme’s (UNDP) Arab Human Development Report (AHDR) 2016. Arab youth can no longer be treated as “passive dependents or a generation-in-waiting,” said Sophie de Caen, Acting Director of the Regional Bureau for the Arab States in UNDP.

This population bulge can be a blessing or a curse, a dividend or a liability – it all depends on how it is managed. Leadership, be it in government, academia or industry, needs to learn youngsters’ digitally fluent language first. According to Control Risks, internet use in the Middle East is already above the world average in terms of its population. It is driven by the UAE, Qatar and Bahrain, where smartphone penetration is over 100%. Regional social media use grew by nearly 50% in the past year alone. In 2014, Saudi Arabian users alone made more than 90 million hits per day on YouTube. With multiple viewfinders into global opportunities, young Arabs know the world could be their oyster. They just need help getting there.

“Today, youth in the region are more educated, more connected and more mobile than ever before. Arab countries can reap the huge demographic dividend that its young population represents if they invest in enhancing the capacities of their youth and enlarging opportunities available to them,” adds de Caen.

"Young Arabs know the world could be their oyster. They just need help getting there."

The ADHR proposes a two-pronged strategy. Their new youth-oriented development model focuses on building young people’s capabilities while also expanding the number of opportunities available to them. The former addresses the need to re-think policies and services that affect young people’s education, health and ability to support themselves. Macro-level challenges are addressed by the latter. Broadly speaking, it considers how young people can make themselves heard in formal political spheres, counter different forms of inequality and actively try to reverse the potentially troublesome trends of unemployment.

Whatever the solution, efforts must be targeted to youngsters’ backgrounds and the reason for their struggles in employment. Generally, there are three camps.

One group is eager to jump feet first into the working world and carve out careers that flex their intellectual muscle both at home and internationally, while the second group has a weaker work ethic and tends to rely on nepotism and government subsidies to fund their lifestyle. The Arab proverb ‘too much sunshine creates a desert’ is often apt and serves as a warning to those enabling these youngsters lack of motivation. Diluted leadership on the topic has created a black hole in which excuses to avoid full-time employment are plentiful.

The third group are those disadvantaged by political and civil troubles, far beyond any control of their own. The economic and emotional cost of conflict is significant and long-lasting. Despite being home to just 5% of the world’s population, UNDP said the Arab region witnessed 17% of the world conflicts between 1948 and 2014 and 45% of the world’s terrorist attacks in 2014. It is deeply challenging – but not impossible – to inspire youths to pursue their professional dreams when their confidence has been damaged by witnessing a terrorist attack, losing a loved one or listening repeatedly to concerned conversations around the dinner table. Also, consider the frustrated parents who lack the funds to help their child’s intellectual gift flourish in higher education.

The same applies to youngsters that have missed weeks – sometimes months or years – of education because fighting has halted the basic utilities at their school, or demolished it altogether. The Pew Research Centre estimated last October that 12.5 million Syrians are now displaced from their homes, which is an unprecedented number for a single country in recent history. How are these Syrian youngsters, and other disadvantaged youths, going to achieve professional success against such a backdrop? The answer will be hard-sought, but the future of these disadvantaged youngsters cannot be forgotten.

On a macro-level, the surge of millennials would benefit from the guidance of baby boomers, steering them away from repeating the mistakes of their elders. There is progress, such as this year’s establishment of the Qatar-based Abdullah Bin Hamad Al-Attiyah International Foundation for Energy & Sustainable Development’s Forum of Energy Elders. The Elders, whose professional experience exceeds 1,000-years, share their wisdom to help guide the younger generation carve out careers in the energy sector, one of the dominant sectors in the region.

It is a two-way street; the older generation can also learn much from those yet to bear many wrinkles. Digital fluency has re-shaped the way youngsters think, thus sparking a rise in the number of thought leaders and entrepreneurs. As best said by His Highness Sheikh Mohammed bin Rashid Al Maktoum, Vice President and Prime Minister of the UAE and Ruler of Dubai: “I learn from the youngest and am still at the beginning of the road with no arrogance.”

There is no silver bullet to removing the ‘brick walls’ hindering youth employment in the Arab world. The demographics are too diverse; economically, politically and socially. But now is the time for regional leaders to create a practical employment architecture, encompassing an intellectual and emotional toolbox, that empowers and inspires the region’s youth. Imagine what positive economic and cultural change a motivated Arab youth could achieve on the regional and global stage. Need that remain just a dream? 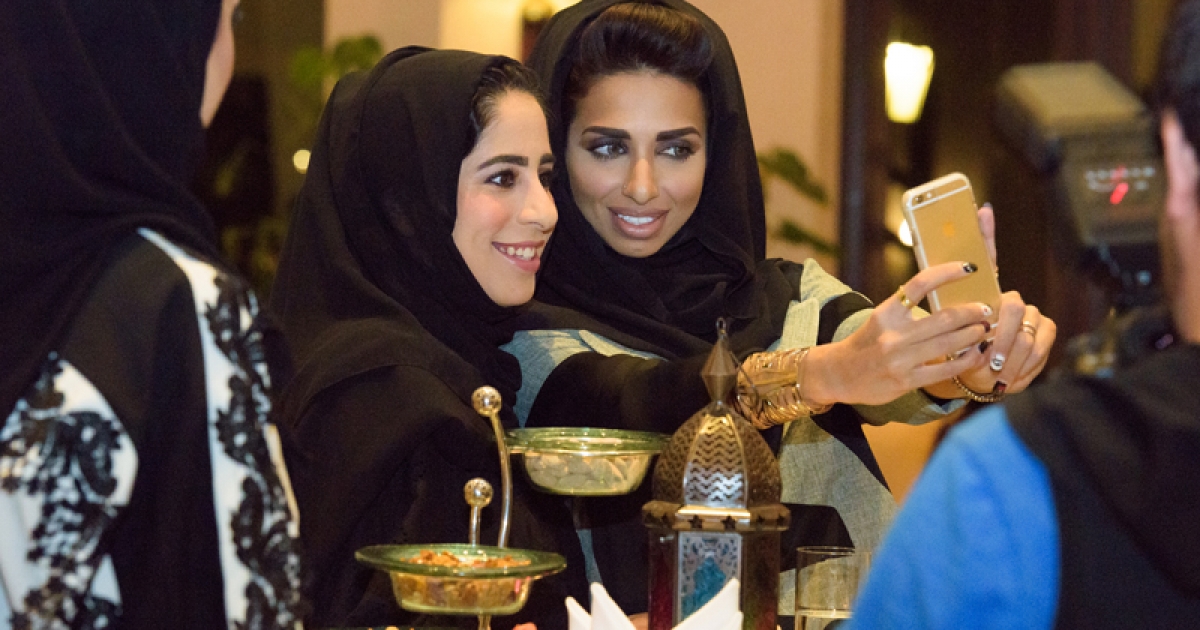